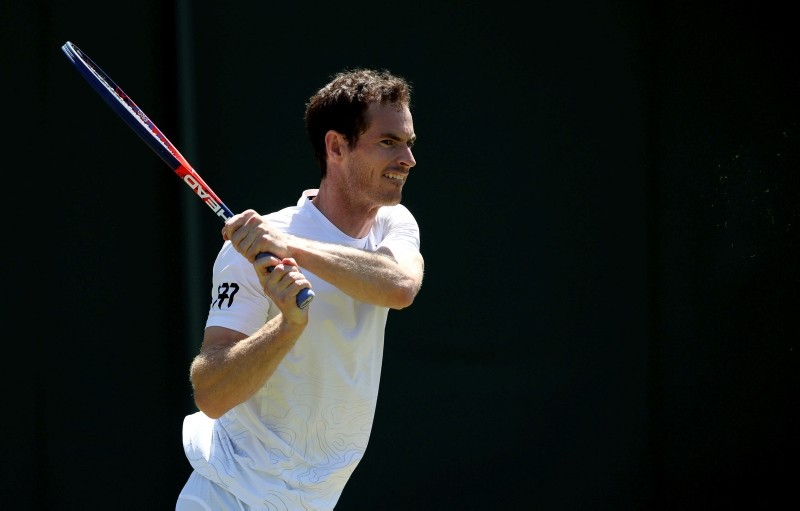 Two-time champion Andy Murray pulled out of Wimbledon on Sunday because of a bad hip that has been a problem for about a year and was surgically repaired less than six months ago.

The All England Club announced Murray's withdrawal a day before the grass-court Grand Slam tournament begins.

"I've made significant progress in practice and matches over the last 10 days, but after lengthy discussions with my team and with a heavy heart, we've decided that playing best-of-five-set matches might be a bit too soon in the recovery process," Murray said in a statement released by his manager. "We did everything we could to try to be ready in time."

Murray's first-round match against Benoit Paire was scheduled for Tuesday. Murray beat Paire in the fourth round at Wimbledon last year as the defending champion, then lost to Sam Querrey in the quarterfinals, clearly hampered by the hip, and did not play again for the rest of 2017.

The 31-year-old Murray had an operation in January and returned to competition a little less than two weeks ago.

"I will start practicing on the hard courts from tomorrow and continuing with my rehab and recovery and I'm looking forward to the U.S. hard-court season," Murray's statement read. "Thanks for all the messages of support, and I'm excited to finally be back playing after so long out."

In 2013, he became the first British man in 77 years to collect a Wimbledon singles title, and he won the championship again in 2016. He's reached at least the quarterfinals in each of his past 10 appearances at the All England Club.

But all of his time away meant the former No. 1-ranked Murray has fallen out of the top 150 and he was not seeded at Wimbledon.

At a pre-tournament news conference Saturday, he said he planned to play in the tournament unless, he explained, "I wake up and don't feel good."

He added: "There's certain things that are still tricky and things I'm still trying to work through. These things are significantly better than what they were a few months ago. That's for sure. But, you know, again, it just takes time."

The first match of his comeback came at the Queen's Club grass-court tournament on June 19. Still with a hitch in his gait, Murray played more than 2½ hours before losing to Nick Kyrgios in three sets.

"I don't think I played amazing in the matches," Murray said Saturday, "but I think I've done well, considering the opponents."

There will be no opponents for him next week at a place that has come to define his career. Instead, Murray's spot in the draw will be taken by Jason Jung of Taiwan, who lost in qualifying.