All top-10 women's seeds out of Wimbledon before quarterfinals 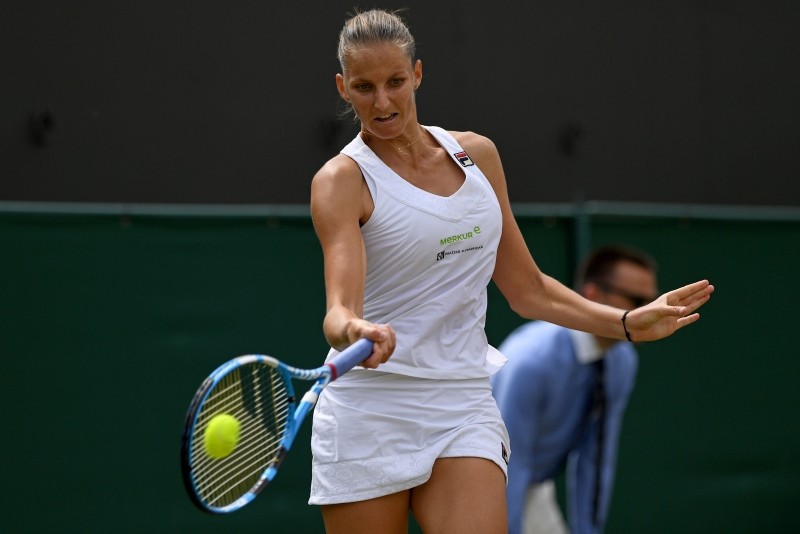 Czech Republic's Karolina Pliskova returns against Netherlands' Kiki Bertens during their women's singles fourth round match at the 2018 Wimbledon Championships at The All England Lawn Tennis Club in Wimbledon, London, July 9, 2018. (AFP Photo)
by Compiled from Wire Services
Jul 09, 2018 12:00 am

The last of the women's top-10 seeds has been knocked out at Wimbledon.

Kiki Bertens followed up her win over Venus Williams by beating No. 7 Karolina Pliskova to reach the quarterfinals for the first time.

Bertens hit seven aces and saved eight of the 10 break points she faced to win 6-3, 7-6 (2) and complete the latest upset in the women's draw. She beat the ninth-seeded Williams in the third round after coming from a break down in the third set.

The exit of former world number one Pliskova came after the women's draw was blown wide open by surprise defeats earlier in the tournament for Maria Sharapova, Petra Kvitova, Caroline Wozniacki, Simona Halep and Sloane Stephens.

But the title favourite is seven-time champion Serena Williams, seeded 25th after her lengthy maternity leave, and due to face Russian qualifier — and fellow mother — Evgeniya Rodina later on Monday.