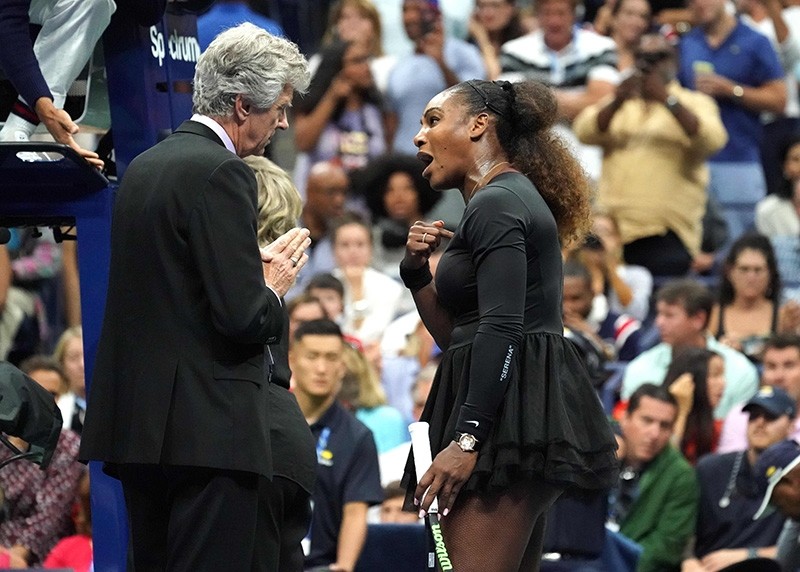 Serena Williams of the United States argues with referee Brian Earley during her Women's Singles finals match against Naomi Osaka of Japan at the 2018 US Open at the USTA Billie Jean King National Tennis Center in New York, Sept. 8, 2018. (AFP Photo)
by Sep 09, 2018 12:00 am

Serena Williams has been fined $17,000 by the U.S. Tennis Association in the wake her outburst during a controversial U.S. Open final loss to Japan's Naomi Osaka.

The American star was fined for coaching, racket abuse and for verbal abuse when she accused umpire Carlos Ramos of being "a thief" during Saturday's stormy final.

However, the final was overshadowed by the American's angry and tear-filled tirade in the second set.

The 36-year-old called umpire Ramos a "liar and a thief" and insisted "you owe me an apology."

"He alleged that I was cheating, and I wasn't cheating," Williams told reporters later.

It has already been dubbed "The Mother of all Meltdowns" by the New York Daily Post.