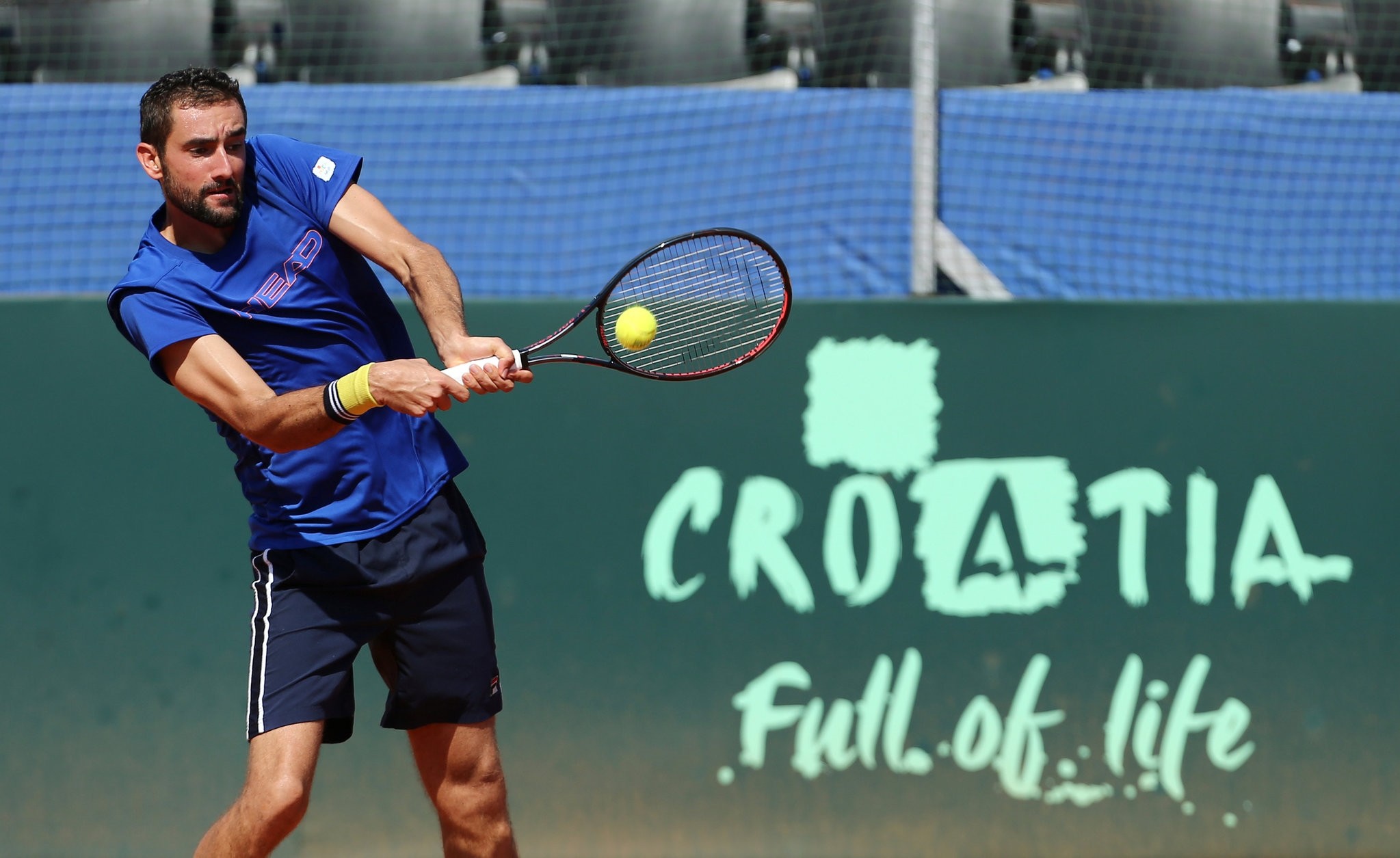 The Davis Cup semifinals present a challenge for the U.S. team as it travels to play Croatia, a nation it has never beaten, while France continues the defense of their title against Spain

The U.S. Davis Cup team has won more titles than any other nation and it is one step away from being in the last ever final of the traditional format. From 2019, the Davis Cup will keep its name but will be largely condensed into a week long tournament featuring 18 teams at the end of the year. But first, Jim Courier's five selected Americans must travel to Zadar for a final four meeting with Croatia from September 14 while France hosts Spain in Lille. The U.S. tops the charts for Davis Cup wins with 32 and in order to reach the showpiece final for the first time in 11 years, they must triumph over a nation they have failed to beat in four attempts. Croatia, crowned champion in 2005, was 2-0 down against the Americans when they last met in the 2016 quarter-finals but they fought back to snatch a 3-2 victory with Borna Coric beating Jack Sock in four sets. Both men will represent their countries in the semi-final tie on Croatian clay and Coric believes their unbeaten streak against the States gives them an added boost.

"It's going to be a great tie, for sure," said Coric. "We were 2-0 down in 2016 and everybody thought we were going to lose. Somehow we won the doubles and nobody expected me to win but I went out there with no pressure. I said to myself: 'I have nothing to lose.'

"I'm just trying to go out there with that same mentality. That's what I have done for the last couple of ties and it has been working very well."

In France, Spain will be without world number one Rafael Nadal, following his withdrawal from the U.S. Open semifinals against Juan Martin del Potro through injury. However, captain Sergi Bruguera has plenty of experience to cover Nadal's absence with the likes of Marcel Granollers, Roberto Bautista-Agut and Feliciano Lopez involved. Spain lead the head-to-head record 6-2 in Davis Cup ties but the defending champion France will be motivated by their home advantage on the hard-court of the Stade Pierre-Mauroy, which is the same venue where they were crowned winners for the 10th time in 2017.

It will also be motivated to get a win for departing captain Yannick Noah, who will hand his role over to former Wimbledon champion Amelie Mauresmo at the end of the campaign. One thing that is guaranteed for all four teams involved in the penultimate Davis Cup round this weekend is that they have already qualified for the revamped edition in November next year. Meanwhile, the chair umpire who penalized Serena Williams a game in the U.S. Open final has been assigned to officiate the Davis Cup semifinal matches between the United States and Croatia, The Associated Press has learned. International Tennis Federation spokeswoman Heather Bowles confirmed that Carlos Ramos was chosen to work at the best-of-five series between the countries that begins Friday and concludes Sunday in Zadar, Croatia.