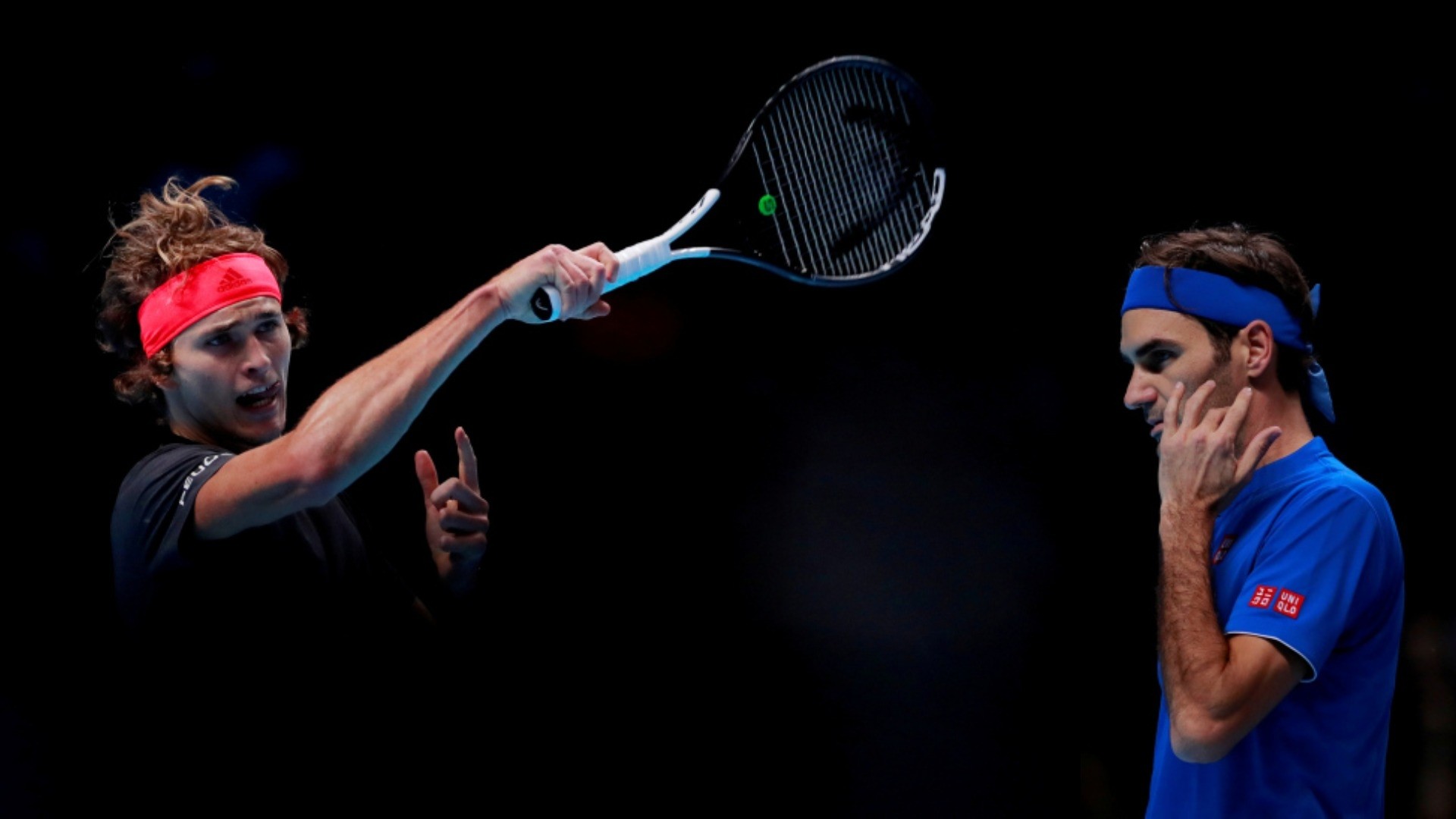 Roger Federer will end the year tantalisingly short of his 100th career title after the king of men's tennis was forced to bow to young prince Alexander Zverev at the ATP Finals on Saturday.

The 37-year-old Federer, whose 99 titles are second only to the 109 of Jimmy Connors, began the day's first semi-final as favourite but it was German Zverev who revelled in the big match atmosphere at a packed O2 Arena to win 7-5 7-6(5).

On Sunday, the 21-year-old will chase the biggest title of his fledgling career when he takes on either world number one Novak Djokovic or South Africa's Kevin Anderson.

Zverev is the first German to reach the final of the season-ender since Boris Becker lost to Pete Sampras in 1996.

Saturday's clash between the Swiss winner of 20 Grand Slam titles and the tousle-haired youngster tipped to lead the sport into a brave new era once the holy trinity of Federer, Djokovic and Rafael Nadal depart the stage, did not disappoint.

After 11 games without so much as a break point it was Federer who surprisingly blinked first.

Zverev curled a superb running forehand pass down the line to get to 0-30 on the Federer serve and was then gifted two points and the set as the second seed's forehand malfunctioned.

Federer was not about to be ushered off one of his favourite stages without a fight though and a rapier-like backhand pass gave him the early break in the second set, only for Zverev to hit back immediately to cancel out the advantage.

The German, winner of more matches than any other player on Tour this year, had his opponent in trouble when Federer served at 3-4 but the Swiss reeled off four points to stay on level terms in the set.

Chants of "Let's Go Roger, Let's Go" reverberated around the darkened arena as the second-set tiebreak began and there were boos as Zverev stopped a rally when trailing 3-4 because a ballboy had dropped a ball.

There were then gasps of despair from the Federer diehards when their man got a little too delicate with an attempted drop volley at 4-5 to hand Zverev two match points.

Federer saved one but Zverev would not be denied, belting away a backhand drive volley to end the contest.