Zverev ATP Finals win hints at changing of the guard 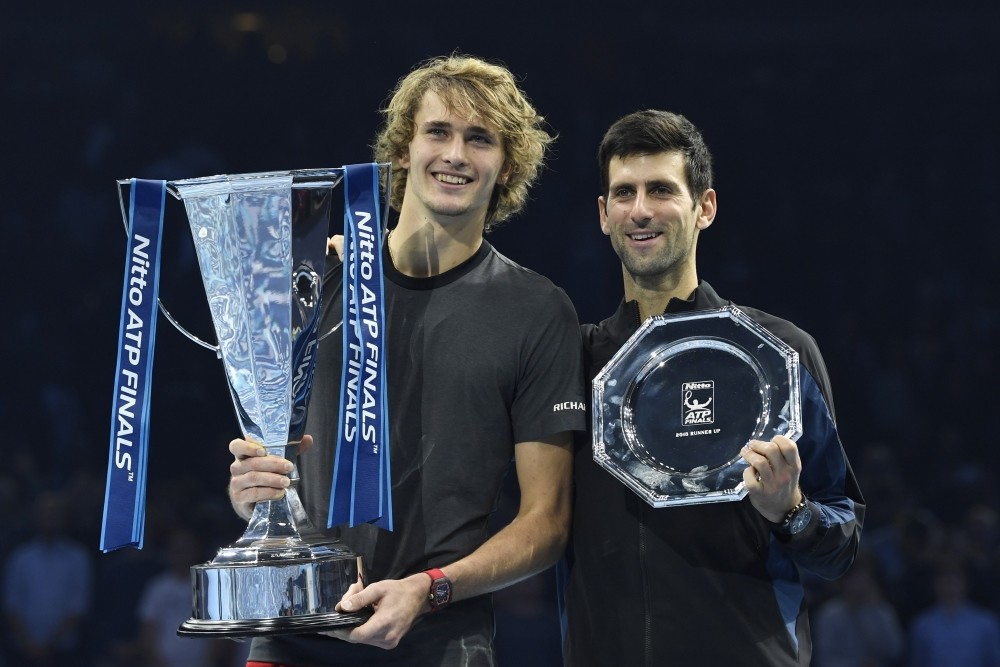 Alexander Zverev won the biggest title of his career against Novak Djokovic at the ATP Finals on Sunday, but is the new kid on the block ready to smash the cartel at the top of the game?

The 21-year-old German has long been talked of as the leader of a pack of hungry young players aiming to unseat the multiple Grand Slam winners who have dominated the sport for well over a decade.

But so far he has flattered to deceive at the majors - with a run to the quarter-finals at this year's French Open the only time he has made it past the fourth round of any of the four Slams.

It is easy to underplay his success - he already has 10 titles under his belt including the ATP Finals and three Masters crowns.

And it was the manner of his win against Djokovic at London's O2 Arena - overpowering the relentless Serb 6-4, 6-3 - that caught the eye on Sunday, a day after he triumphed in straight sets against Roger Federer.

"This is the biggest title of my career so far," he said. "This trophy means a lot, everything, to all the players. I mean, you only have so many chances of winning it. You play against the best players only. How I played today, how I won it, for me it's just amazing."

"It's quite astonishing, winning this title, beating two such players back-to-back, Roger and Novak, in semi-finals and finals," he added. "it Means so much. I'm incredibly happy and incredibly proud of this moment right now."

Zverev said a crop of top young players was on the march, desperate to end the stranglehold on the sport exerted by Djokovic, Federer, Rafael Nadal and Andy Murray in recent years.

The only three players who have beaten Djokovic since Wimbledon started, including Zverev, are all part of the new generation.

"Us young guys, we're coming through," said the German. "(Karen) Khachanov winning the Masters in Paris was a big thing. I was very happy for him, as well.

"I wasn't happy that he beat me, but I was happy for the victory that he had because I'm quite good friends with him. The victory for Stefanos Tsitsipas in Toronto, I felt like Novak wasn't playing his best there, but obviously all the credit to Tsitsipas.

"You have to beat someone like Novak because he's not going to give you the match."

Djokovic himself said Zverev's win could have deeper significance for the men's game.

"There's a lot of similarities in terms of trajectory of professional tennis, in our careers," said the world number one. "Hopefully he can surpass me. I mean, I sincerely wish him that."

"He deserves everything he gets so far," he added. There's a lot of time ahead for him. I wish him to stay healthy and obviously win a lot of titles."

Zverev, coached by Ivan Lendl, parried a question about how he felt about being viewed by many as leading the future of tennis.

"It's great, but the future, we still got multiple and multiple years for all of us ahead," he said. "A lot of things can happen. A lot of things can change. I'll do everything I can to be on top. But the other guys are playing great tennis as well."

And he said the likes of Djokovic and Federer remained the standard-setters.

"They're still going to be the guys to beat at the big tournaments," he said. "I will hope. I mean, I will do everything I can to get better, to compete with them always.

"I feel like I'm doing that. But still I have a lot of things to improve. I'm still very young. Hopefully next year I'll be able to play better tennis than I did this year, even though it's been a good year."