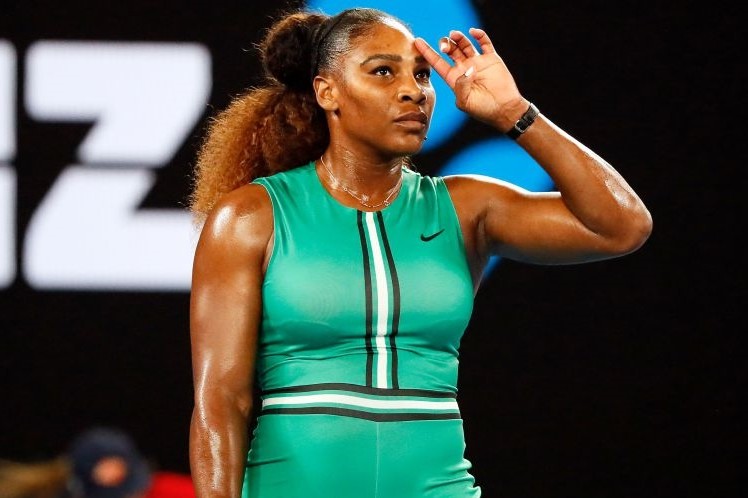 Serena Williams (above) figured it was important to get off to a strong start against Eugenie Bouchard in the Australian Open's second round yesterday.

No problem. Seeking her eighth title at Melbourne Park and 24th Grand Slam singles trophy overall, Williams opened as well as can be, and closed rather well, too, grabbing 13 of the initial 17 points, and 20 of the closing 24, to put together a 6-2, 6-2 victory over 2014 Wimbledon runner-up Bouchard.

"She has to be the favorite to win this tournament," Bouchard said. "It was tough to play against her. I always felt rushed, a bit on the back foot. She just has so much power."

The evening did not begin well for Bouchard. Not well at all. The Canadian player, who has been ranked as high as No. 5 and is currently No. 79, won the coin toss and chose to serve. On the very first point, Bouchard offered up an 86 mph (138 kph) second serve that Williams jumped all over, ripping a blink-and-you-missed-it backhand return that landed just wide. So, yes, Bouchard won that point, but that sequence led her into trying to do a tad too much on second serves, because she ended the game with consecutive double-faults to get broken right away.

That was part of a run in which Williams raced to a 3-0, double-break lead after less than 10 minutes. "Sometimes I would hit even good first serves and it was right at my feet at the baseline. That's what she does well," Bouchard said. "When she's blasting returns, it's almost intimidating." Bouchard began the second set in better shape, even hitting one big backhand cross-court winner that Williams saluted by clapping her racket and exclaiming, "Good shot!"

Ahead 2-1, Bouchard got to love-30 on Williams' serve and seemed - maybe, just maybe - on the verge of making things interesting. That, though, was when Williams regained control, taking eight points in a row to hold there, then break at love, on the way to claiming the last five games.

On Saturday, the 37-year-old Williams will face Dayana Yastremska, an 18-year-old from Ukraine who is ranked 59th and eliminated No. 23 seed Carla Suarez Navarro 6-3, 3-6, 6-1 to get to the third round of a major for the first time.

Yastremska was born in 2000, the year after Williams won her first Grand Slam title. What goes through Williams' mind when she faces opponents so much younger than she is?