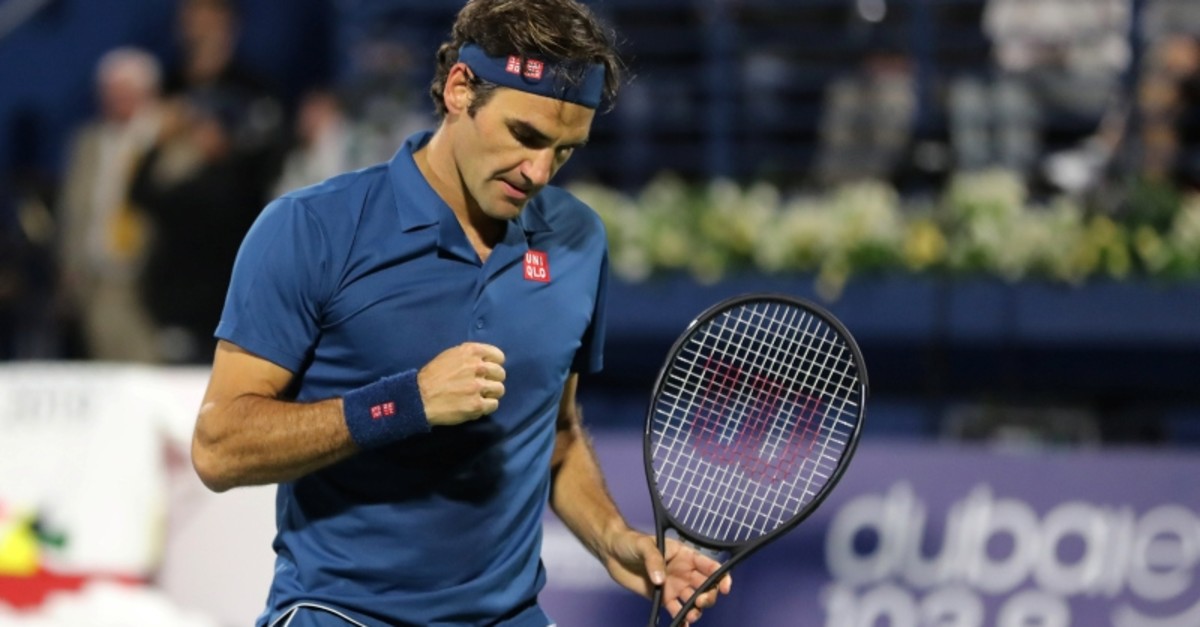 Roger Federer became the second male tennis player to win 100 career titles when he beat Stefanos Tsitsipas in the final of the Dubai Championships on Saturday.

The record 20-time Grand Slam champion won 6-4, 6-4 and joined Jimmy Connors in reaching a century of tour-level tournament titles, with eight of them now coming in Dubai.

Connors ended his career with 109 titles.

Federer partially avenged his loss to the 20-year-old Tsitsipas, a rising star from Greece, in the last 16 of the Australian Open in January.

Swiss Federer also avenged his shock defeat by Tsitsipas in the Australian Open fourth round in January.

"I'm delighted. It's great to win my eighth here in Dubai and in combination with my 100th singles title," Federer said.

"Tough conditions and tough opponents. To win in Marseille and then come here was difficult for Stefanos."

Federer, who had been stuck on 99 titles since triumphing at his hometown Basel tournament in October, broke Tsitsipas in the first game of the match and saved two break points at 5-4 to claim the first set in 36 minutes.

Tsitsipas, who will break into the top 10 for the first time on Monday, held firm up to 4-4 in the second set before the 37-year-old Federer switched gears to seal the decisive break and close out the victory.

"I don't know if Stefanos was born when I won my first title," Federer joked.

"It's a privilege (to play against potential champions) because I'll be watching them on TV. It was a treat to play Pete Sampras and Andre Agassi. I'm sure Stefanos will have a wonderful career. Tennis is in good hands regardless if I'm there or not."

"Reaching 100 is an absolute dream come true for me," Federer added.

As well as his record haul of Grand Slam titles, which includes a record eight wins at Wimbledon, Federer has won a record six ATP Finals and topped the rankings for a record 310 weeks including 237 straight.

In a battle of the generations, Federer avenged his loss to the 20-year-old Tsitsipas, a rising star from Greece, in the last 16 of the Australian Open in January.

Federer broke serve in the first game and took the set on his fourth set point.

The second set was more even, but Tsitsipas made the first big mistake in dumping an easy shot into the net to lose serve for a 5-4 deficit. His opponent then held serve to love to join Connors in the century club.

"I'm so happy I'm still playing," Federer said. "It all started as a junior world champion. It's been great. I wouldn't do it any differently."