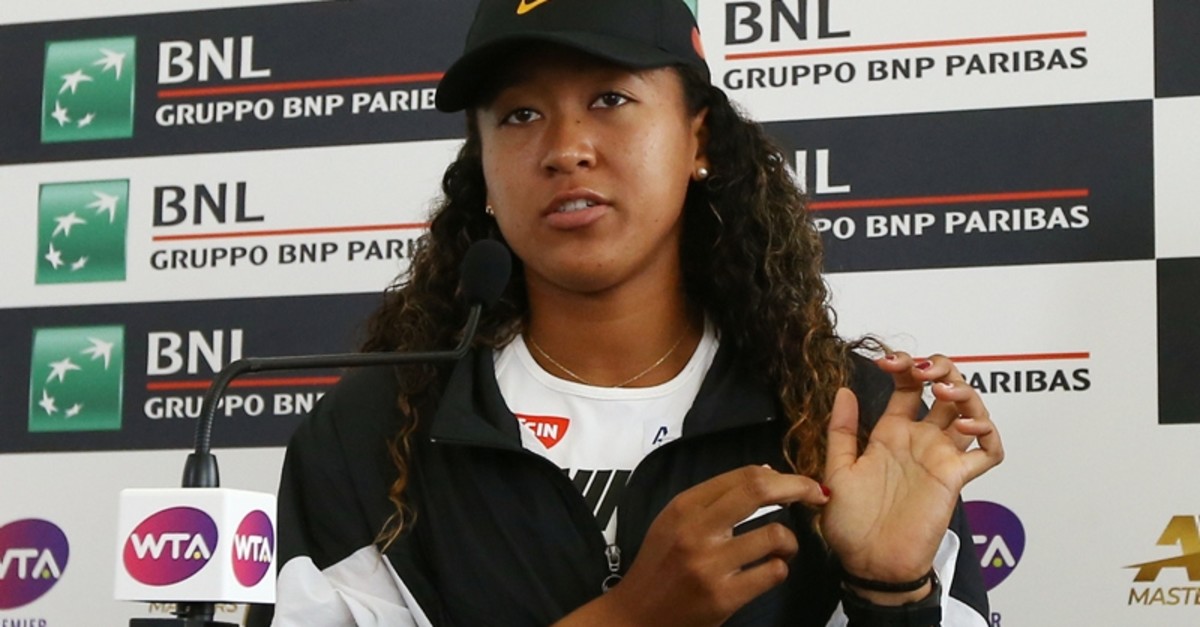 apan's Naomi Osaka during a press conference after withdrawing from her quarter final match against Kiki Bertens of Netherlands due to injury. (REUTERS Photo)
by May 17, 2019 2:40 pm

Women's world number 1 Naomi Osaka withdrew from the Italian Open because of a right hand injury on Friday, allowing Kiki Bertens to advance to the semi-finals in Rome with a walkover.

Osaka, 21, will retain her top ranking ahead of the French Open after she beat both Dominika Cibulkova and Mihaela Buzarnescu 6-3, 6-3 on Thursday to secure her spot in the last eight.

But the effort of playing two matches in a day, after rain at the Foro Italico on Wednesday forced organizers to collapse the schedule, apparently had an adverse effect on her physcal condition.

Osaka said she was relieved she would retain her number one ranking: "Of course, it's a relief because that was defintely a very big goal of mine," she told reporters.

Bertens, the sixth seed, will next play the winner of the quarter-final match between Marketa Vondrousova and Johanna Konta, who earlier defeated Venus Williams 6-2, 6-4.

The Japanese star Osaka, who won both the 2018 U.S. Open and the 2019 Australian Open, did not survive the second round in her two previous appearances in Rome.

Her run on clay prior to this year had always ended before the last eight, but Osaka has now reached the semi-finals in Stuttgart and the quarter-finals in Madrid as she prepares for the French Open which starts next week.