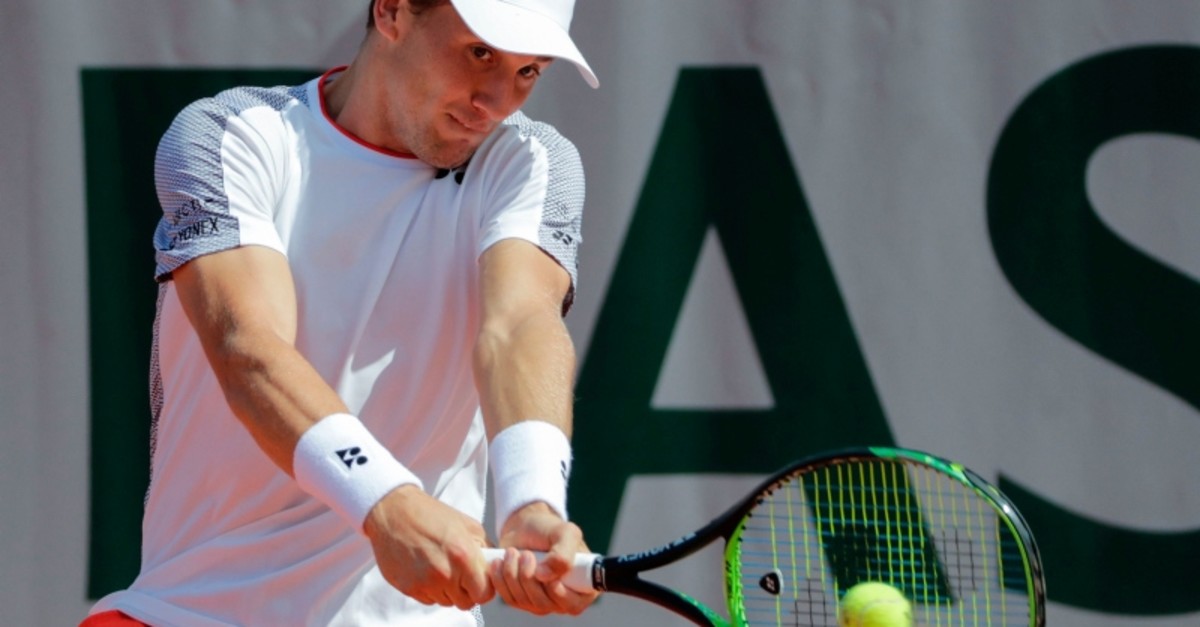 Norway's Casper Ruud returns the ball to Latvia's Ernests Gulbis during their men's singles first round match on day 1 of The Roland Garros 2019 French Open tennis tournament in Paris on May 26, 2019. (AFP Photo)
by French Press Agency - AFP
May 29, 2019 9:29 pm

Roger Federer reached the third round of Roland Garros on Wednesday, setting up a clash with Casper Ruud, the son of a player who featured in the 1999 French Open when the Swiss star made his debut.

Ruud's father Christian reached the third round of Roland Garros in 1999 when a 17-year-old Federer made his main draw debut.

Federer lost to Pat Rafter in his first round match.

Christian Ruud's last career tournament was the 2001 French Open where he retired in the first round against Sargis Sargsian.

Had Ruud defeated Sargsian, he would have faced Federer in the second round.

Instead Federer came from two sets down to beat Sargsian 9-7 in fifth set to reach his first Grand Slam quarter-final.

"I knew he was in the draw back then," said Federer.

"I know the guys I played before. It was different times back then. It makes me happy that I had the chance to play that generation of players, because they are still very different to the guys that are playing the ball nowadays."

Casper was just five months old when Federer played in Paris in 1999.

Christian never faced the man who would go on to win 20 Grand Slam titles.

"They practiced together," said Casper.

"So I think I remember I thought it was cool, but I was young when he told me. I didn't realise how big of a player and champion Roger was at the time.

"He was a youngster and he was a good youngster. I think he was number one in the world juniors, so my father knew that."

As Ruud tries to reach the third round of a Slam for the first time, he probably won't be over-awed by the occasion.

"I will be the first Ruud to say that I was able to play him, so that's a bit funny. But I've been a little bit more of a Rafa fan and Rafa guy," he admitted.

Federer, playing in Paris for the first time since 2015 when he made the quarter-finals, hailed the fans on Court Philippe Chatrier, two of whom carried a bedsheet with 'Federer forever' painted on it.

"Thanks to the fans, a thousand times thanks."

Federer saved all four break points he faced against Otte.

"The Grand Slams are incredible. You can meet a player who qualified who (you) have not heard of before," said the 2009 champion.

"It was difficult, he really played a great match.

"Happily for me, he helped me with some mistakes at the end of the sets."