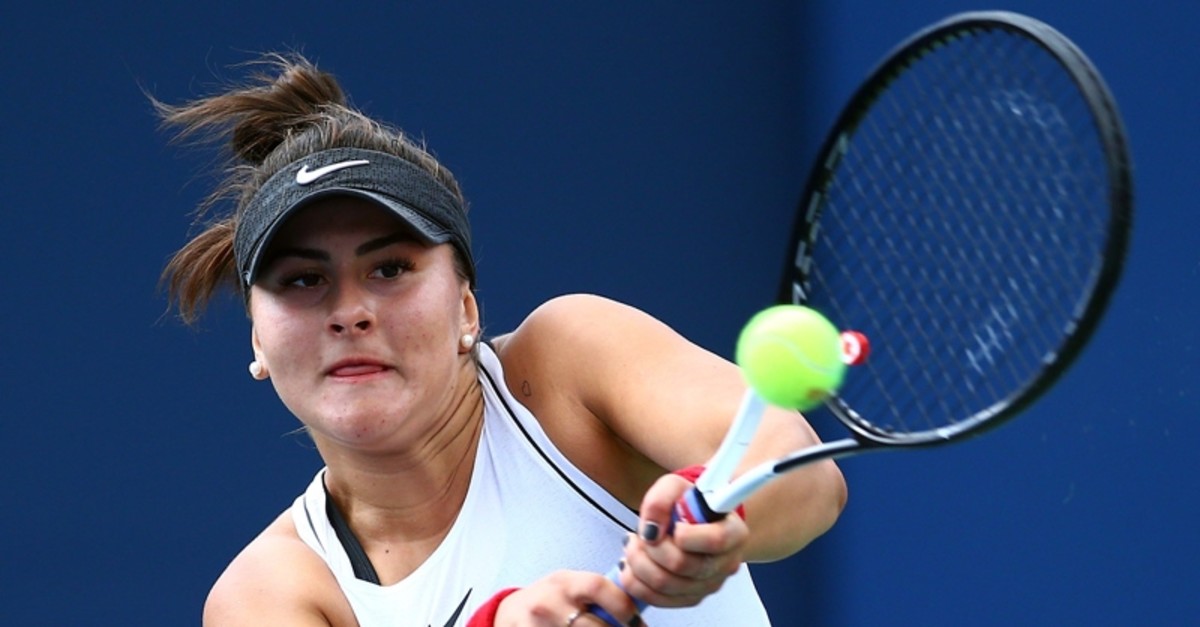 Bianca Andreescu of Canada hits a shot against Sofia Kenin of the United States during a semifinal match on Day 8 of the Rogers Cup at Aviva Centre on Aug. 10, 2019 in Toronto (AFP Photo)
by Associated Press Aug 10, 2019 11:59 pm

Teenager Bianca Andreescu advanced to the title match of the Rogers Cup with a 6-4, 7-6 (5) victory over Sofia Kenin on Saturday, becoming the first Canadian in 50 years to make the women's final of this tournament.

She will play for the championship Sunday against the winner of the semifinal between Serena Williams and Marie Bouzkova.

This is Andreescu's first tournament since the French Open in May when a right-shoulder injury forced her to stop playing.

Backed by a vocal sellout crowd, Andreescu defeated her American opponent on her fifth match point. Andreescu had three chances to finish the semifinal before the second set went to a tiebreaker, but Kenin fought back each time.

This is the first time in the tournament the 19-year-old was not taken to three sets. She finally sealed the match on a backhand winner. She then dropped to her knees and covered her face before kissing the Aviva Centre's hardcourt. After speaking with an on-court reporter she found her parents in the crowd for a long embrace.

Kenin was the last opponent to beat Andreescu in a full match, at the Mexico Open in February. Andreescu has now won 16 consecutive matches in which she has not retired because of injury, including victories over six of the WTA's top 10 players. Her world ranking will rise from 27th to at least 19th.

The previous Canadian to reach this women's final was Faye Urban in 1969 when the tournament was played on clay and called the Canadian Open.