Williams has another shot at major win 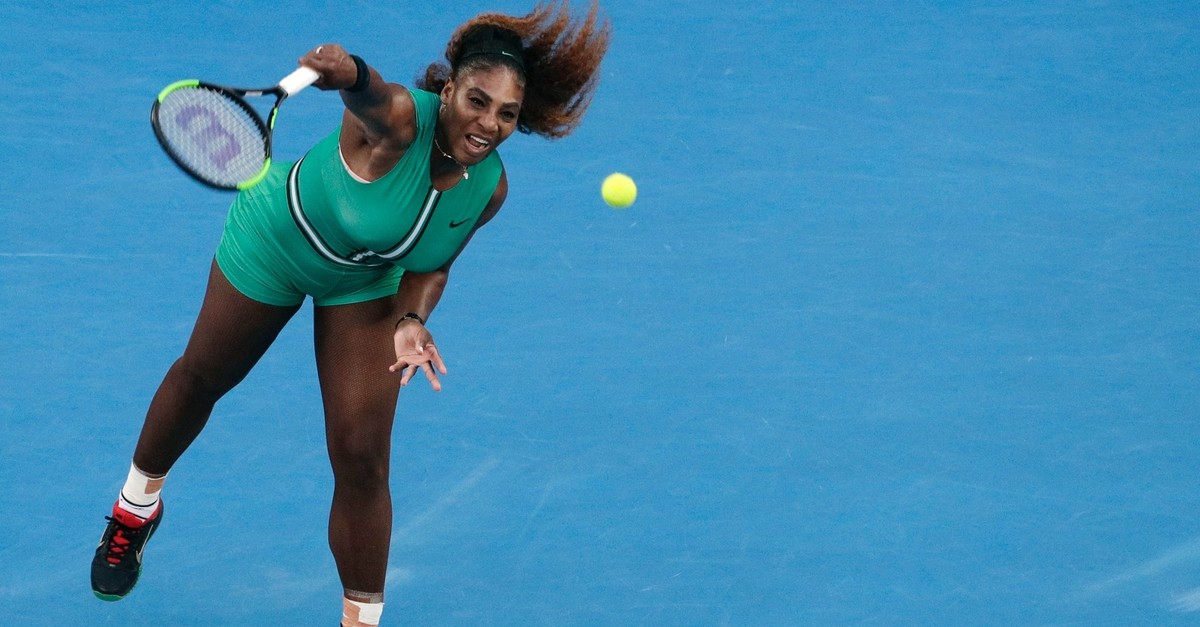 Will her back hold up, can she control her nerves? And will she beat Maria Sharapova in an astonishing first-round tie between career grand slam winners?

Serena Williams has another chance to finally win a record-equaling 24th grand slam title at her home event, the U.S. Open, starting on Monday.

The veteran American has lost three finals at the majors since her last trophy 2017 in Australia which came before maternity leave - Wimbledon 2018 and 2019 as well as last year's decider in New York.

Williams' 2019 loss to Japan's Naomi Osaka came amid a coaching violation, a point penalty for racket abuse and a game penalty for verbally abusing umpire Carlos Ramos and calling him a "thief."

She was fined $17,000 for the violations but spoke of sexism as she argued there was a double standard between the way women are treated when they complain compared to the way men are treated.

This time around Ramos will reportedly not officiate any of Williams' matches but her biggest concern at the moment must be her health.

The 37-year-old withdrew from last week's Cincinnati Masters owing to back problems that also forced her to retire during the Toronto final a few days earlier.

Williams, who has also gone through other injury setbacks this year but reached the Wimbledon final where she was crushed by Simona Halep, now faces a race against time to be fit for the last major of the year.

She admitted after the London loss that she has been told by a friend not to focus so much on tying the 24 singles titles at the majors Australia's Margaret Court has won.

Whether she is able to live by this advice remains to be seen but Williams can count on the fans as she makes another attempt at the event she has won six times, including her maiden title at the grand slams two decades ago in 1999.

That - and a 19-2 head-to-head record - could help her get over Russia's Sharapova, who also has a career grand slam but far from that form ranked 87th in an injury-marred season.

Osaka meanwhile opens against Russia's Anna Blinkova as she returns to the site of her first major title - however marred by the Williams incidents and booing fans at the victory ceremony - as world number one, a position she first gained after backing up the U.S. Open success with the Australian Open crown.

"I'm looking forward to the experience of defending my title. Everyone knows I love playing here," said Osaka, who grew up in New York.

French Open champ Ash Barty of Australia (who dethroned Osaka at the top for a few weeks), Romania's Halep and experienced Czech Petra Kvitova are other possible contenders.

But so are Canada's teenager Bianca Andreescu who has Masters titles from Indian Wells and Toronto, and Cincinnati winner Madison Keys, the losing 2017 finalist at Arthur Ashe Stadium.

Also in the main draw is 15-year-old American sensation Coco Gauff who as a qualifier reached the Wimbledon fourth round and should receive significant support from the boisterous New York crowd.