Djokovic unfazed by foot blisters ahead of US Open 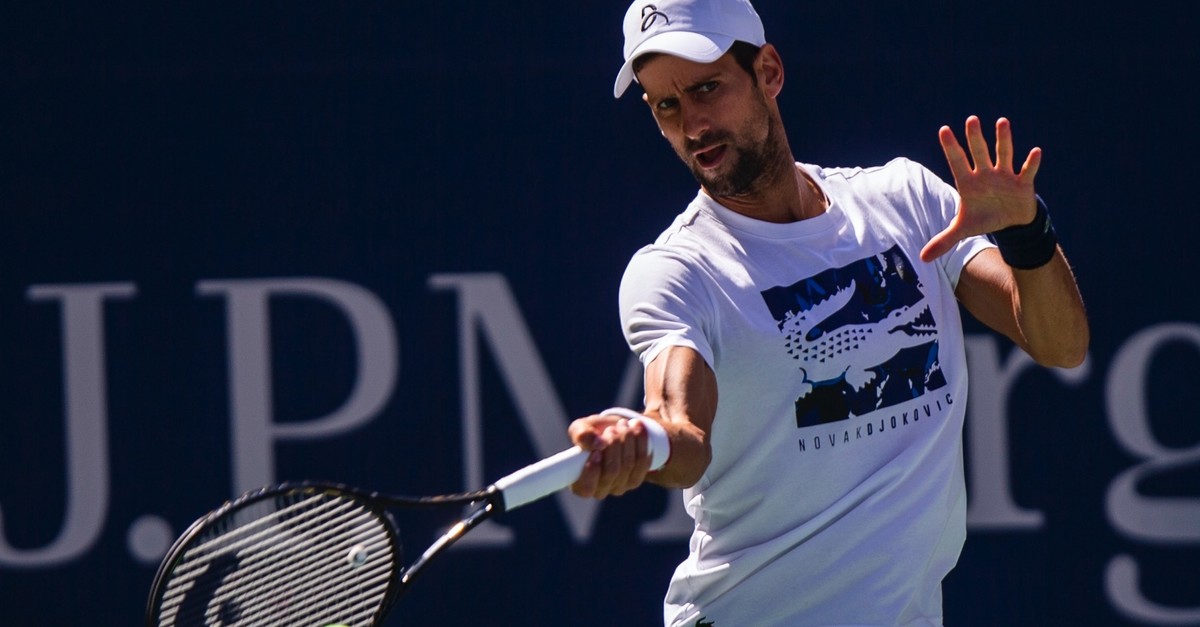 Novak Djokovic interrupted his U.S. Open practice twice on Saturday to have a trainer look at his right foot but the defending champion said the discomfort was due to blisters and is not a concern.

So uncomfortable was Djokovic that he removed his shoe and sock to have his right foot inspected. Later in the practice he stopped mid-sprint, lifted his right leg off the ground and hopped around on his left foot.

"It's just a minor thing with the foot. You know, blisters like anybody has those," top seed Djokovic told reporters. "But it's nothing major that is posing a concern for the event."

Djokovic, who saved two match points last month to beat Roger Federer in the Wimbledon final, will hope the blisters do not worsen especially since solid movement on the court is key to his playing style.

"It allows me to actually swing through my shots to get some balls that maybe most of the other players cannot get to," said Djokovic, who will begin his quest for a 17th career Grand Slam today against Spaniard Roberto Carballes Baena.

"I slide a lot, whether it's clay, hard court, or grass. I think the flexibility of my ankles has helped with that pretty, so to say, aggressive style of movement."

Since Wimbledon, Djokovic has played one hardcourt event and made a run to the Cincinnati semi-finals where he lost to Russian Daniil Medvedev, who is the Serb's projected quarter-final opponent in New York.

Djokovic, 32, has won four of the last five Grand Slams and is two shy of Rafa Nadal on the all-time list and four away from matching Federer's record tally of 20.

The Serbian has a tough draw in New York but is favourite to inch closer to his rivals over the coming fortnight.

"I still am very motivated to keep going and especially at this stage," said Djokovic.

"It always has been the case but, especially now, more or less everything is about Grand Slams in terms of how I see tennis and how I approach them because they matter the most."