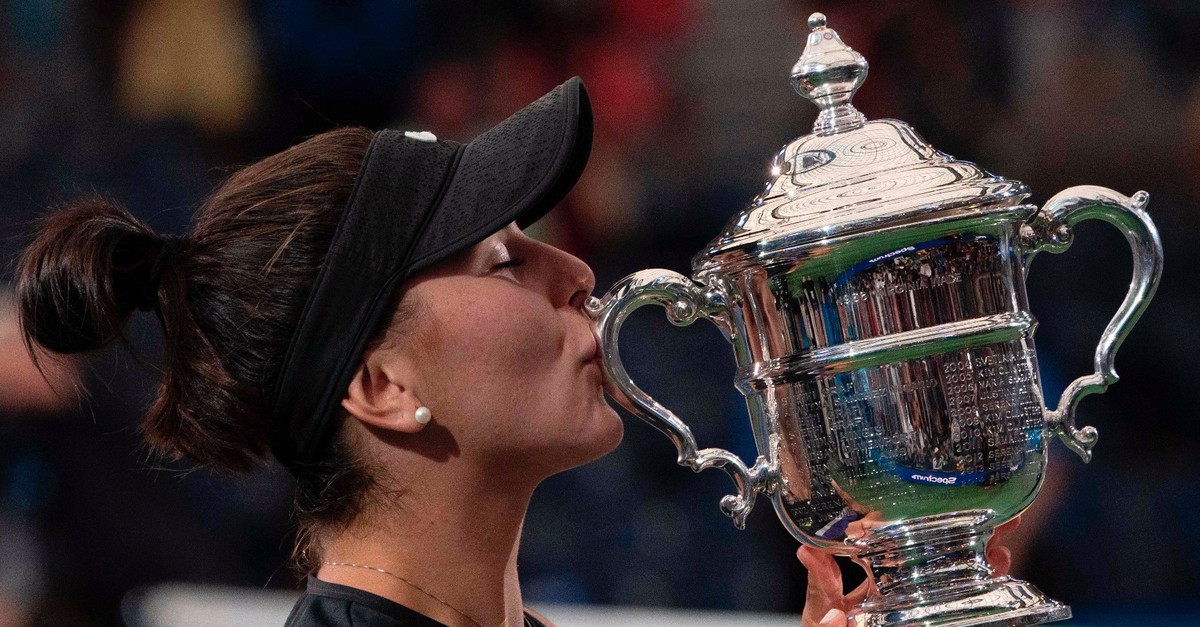 Most Canadians had never heard of Bianca Andreescu a year ago but Sunday they woke up to realize her U.S. Open triumph was not a dream and she had in fact claimed the country's first Grand Slam singles title.

All of Canada, it seemed, was clinging on to Andreescu's every shot during a bold and brilliant performance on Saturday in which she dominated rallies with punishing groundstrokes to overwhelm tennis great Serena Williams in straight sets.

The 19-year-old's triumph, which came in her U.S. Open main draw debut and against the undisputed queen of the sport, was the latest step in a meteoric rise for Andreescu and it dominated front pages across the country.

For a country that produces many of the world's best ice hockey players with regularity, having a Grand Slam singles champion to call their own is new territory. Canada has had close Grand Slam calls in recent years with Eugenie Bouchard finishing runner-up at Wimbledon in 2014 and Milos Raonic losing the 2016 final in London but Andreescu's run has captivated the country like tennis has never done before.

When Andreescu faced Williams inside Arthur Ashe Stadium she was cheered on at viewing parties across her home country, the type normally reserved for events like Olympic ice hockey finals featuring Canada but never before for tennis.

"Bianca Takes Major Bite Out of Big Apple," read The Province newspaper in British Columbia while the front page of The Times Colonist in Vancouver called it "A day for history: Canada's Andreescu wins U.S. Open." Andreescu, who 2018 ranked 178th in the world, started to gain attention in January when she beat former world number ones Caroline Wozniacki and Venus Williams on her way to the Auckland final.

In March, as a wildcard, she won the Indian Wells title but a shoulder injury forced her to retire from a last-16 match at the following event in Miami and caused her to miss most of the clay and grasscourt seasons. Andreescu, the daughter of Romanian immigrants to Canada, won her hometown tournament in Toronto and has not lost a completed match since March. She holds an 8-0 record over top-10 players in her career.

Her place alongside Canadian sporting greats is already secured and while even the most optimistic of Canadian tennis fans could have predicted this a year ago Andreescu has been playing the scenario out for a while. "This wasn't the only time I visualised playing in the finals actually against Serena Williams," Andreescu said. "For it to become a reality is just so crazy. I guess these visualisations really, really work."