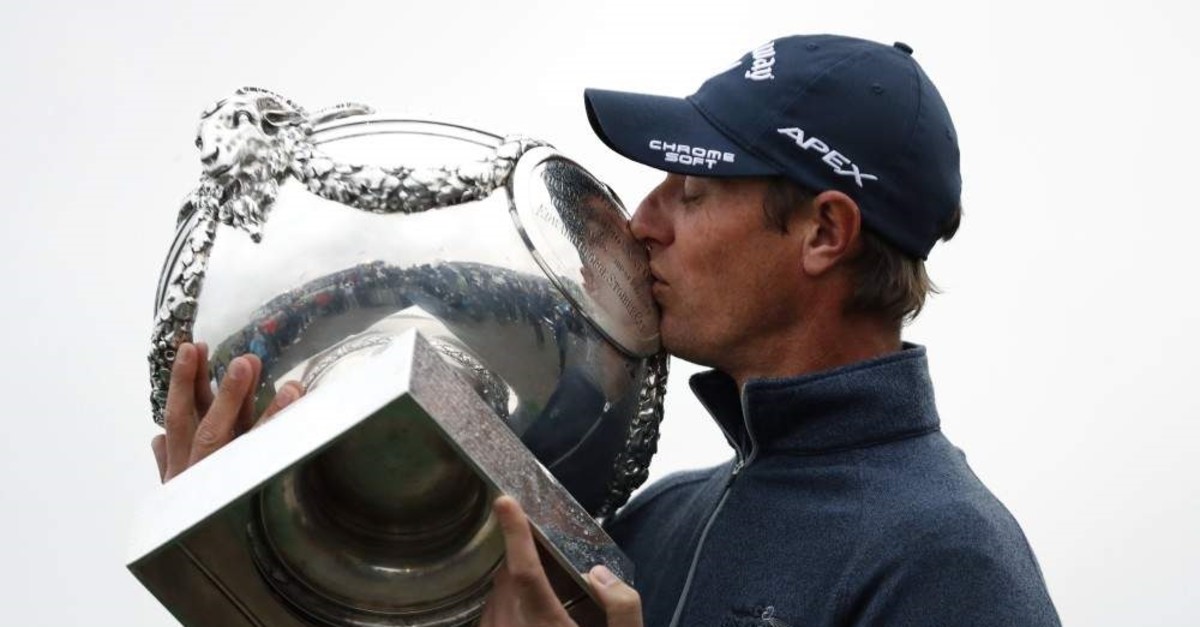 Nicolas Colsaerts put an end to a cursed seven-year run by winning the French Open, in his third European Tour triumph in total and his first since 2012

Nicolas Colsaerts held on to seal a gripping one-shot victory over Denmark's Joachim B Hansen at the French Open, claiming his first European Tour title for seven years on Sunday at Le Golf National.

The big-hitting Belgian led by three strokes overnight but made several errors as South African George Coetzee and Hansen both moved ahead briefly on the back nine.

But Colsaerts recovered and kept his nerve on the final three holes to card a one-over-par fourth round of 72 and win on 12-under for the tournament.

"It's very special. I mean, the French Open for me is very special because I'm French-speaking," said the 36-year-old, who was part of Europe's 2012 Ryder Cup-winning team in the "Miracle at Medinah," but has since slipped to 424th in the world rankings.

"I've been coming here for I don't know how many years. It's been a long road.

"So many people have supported me over the years. That's why I get so emotional. I went through ups and downs for so many years now."

It was Colsaerts' third European Tour triumph in total and his first since the Volvo World Match Play Championship in May 2012.

The return to the winners' circle also secures his tour card for the next two years, having started the week 114th in the Race to Dubai standings, perilously just inside the top 117 who qualify automatically for next season.

Colsaerts got off to a dream start with a birdie on the first as Coetzee made bogey, opening up a five-shot lead over his playing partner.

The Belgian then stumbled as world number 289 Coetzee reeled off three straight birdies around the turn to seize a one shot advantage.

A brilliant chip-in for eagle on the par-five 14th put Colsaerts back into the lead, with a shootout against Coetzee over the treacherous last four holes on the 2018 Ryder Cup course seeming inevitable.

But the South African struck a horrible tee shot into the water on the 15th and made a triple-bogey. Colsaerts also found the lake and dropped two shots to leave Hansen, playing in the penultimate group, in the lead.

The Dane, bidding for a maiden victory on the European Tour, then threw away his chances though by putting the ball over the 17th green and taking a double-bogey of his own.

Colsaerts stood on the 18th tee needing a par to finally put the tournament to bed and he managed just that.

"To lock it in like this on 18, which is one of the most difficult par-fours on tour, is very satisfying," added Colsaerts.

Coetzee finished third on 10-under after a level-par 71, one shot behind Hansen, who carded a 68.

"Back nine (I) got excited. Really got to feel how it is to play for a European Tour tournament inside me," said the 29-year-old Hansen. "The screwup on 17 cost me a chance this week unfortunately."