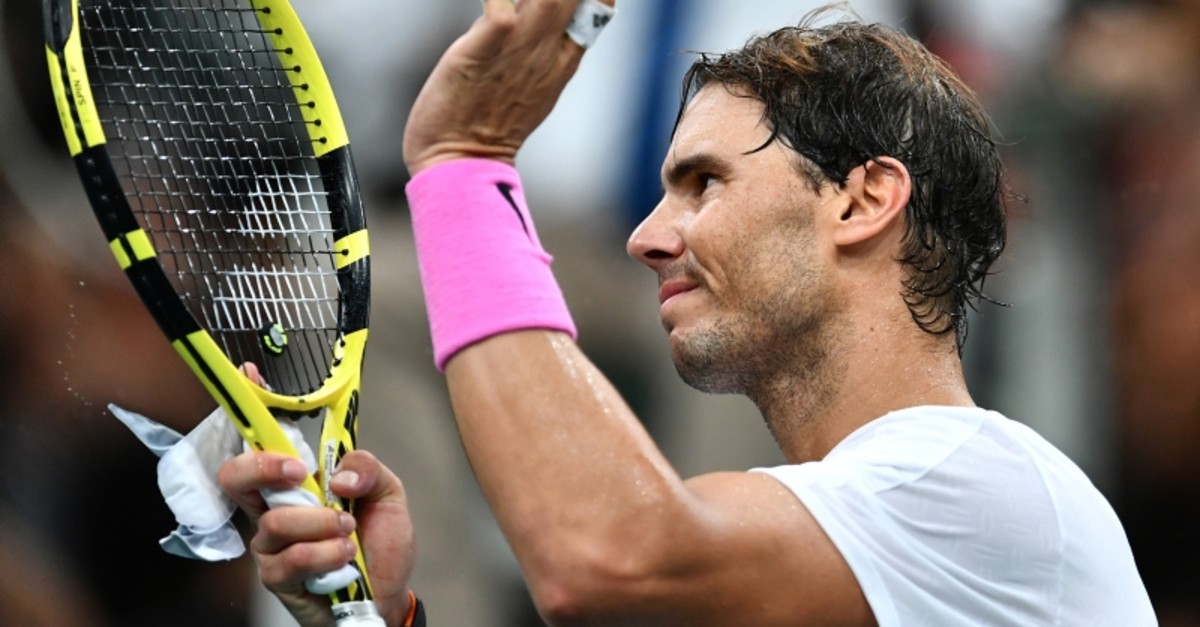 Rafael Nadal pulled out of the Paris Masters with an abdominal injury just minutes before the scheduled start of his semifinal against Denis Shapovalov on Saturday, and admitted his participation at the ATP Tour Finals was in doubt.

Second seed Nadal could have secured the year-end world number one ranking ahead of Djokovic by winning the Bercy title this week.

"It's a super sad moment for me," he said. "I have been enjoying a lot during the whole tournament, having fun on court."

"(I was) in a round that put me in a position that I was fighting for big things here."

Djokovic had beaten Grigor Dimitrov 7-6 (7/5), 6-4 in the first semifinal, but with an expectant crowd waiting in their seats for the second last-four match, it was announced that Nadal was out of the tournament.

The 19-time Grand Slam champion will take over from Djokovic at the top of the world rankings next week, despite missing out on the chance to win a maiden title at Bercy.

Nadal now faces a race to be fit in time for the ATP Finals, which start in London on November 10.

"I will do all I can do and all what's possible to recover for it," he said. "But as you can expect, today I can't answer this question."

The 33-year-old has battled multiple injuries throughout his career and also pulled out of the Paris Masters on his last appearance in 2017 before the quarter-finals.

Nadal felt the injury during practice on Saturday and after medical tests revealed the strain before a further warm-up, he decided not to play.

"I think that abdominal doesn't allow me to serve at the level that I need to serve to be competitive," he added.

"When there is a strain in a muscle, that is making a lot of effort in every single serve, so the chance to increase that problem is big.

"I went through that in the past, so that's why the recommendation of the doctors has been to not play."

If Nadal does not recover in time for London, where he has also never won the title, it would be a disappointing end to a strong season which has seen him claim a record-extending 12th French Open title and the US Open crown.

Djokovic will take on 20-year-old Shapovalov on Sunday, with the Serbian star looking to claim his fifth Bercy success, and move to within one of Nadal on the all-time list with a 34th Masters title.

It will be the first Masters final of Shapovalov's career.