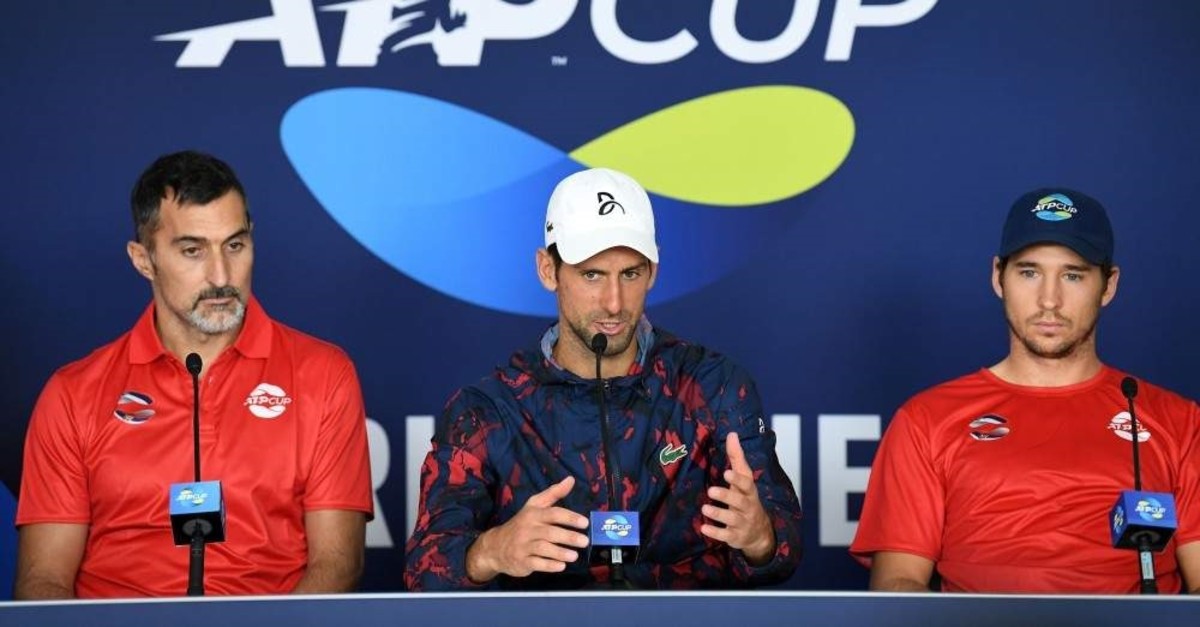 Superstars Novak Djokovic and Rafael Nadal said Thursday there was little point in having two men's team tennis competitions so close together and suggested the new ATP Cup should merge with the Davis Cup.

The ATP Cup is about to kick off its inaugural edition, replacing a number of previous Australian Open warm-up tournaments. It comes six weeks after the revamped Davis Cup, which also has countries playing each other in a round-robin format, was held in Madrid.

Canadian Denis Shapovalov suggested Thursday that the two events – one run by the men's tour, the Association of Tennis Professionals, and the other by the International Tennis Federation – should combine.

"It's a really similar event and it's literally back-to-back from the other one, so it's a little bit of a weird sensation coming from what felt like the world championships coming to play another world championship," Shapovalov said. "So for me, I don't see why they, the ATP and ITF can't combine, can't join, can't come to some agreement and make just one, really unique and special tournament for everyone."

When asked about the Canadian's comments, Djokovic, who heads the ATP players' council, agreed.

"We need to have one Super World Cup event, whatever you want to call it," he said. "That's not going to happen next year as well. But if the two sides, the ITF, the Davis Cup, and the ATP get together very quickly, it can happen possibly for 2022.

"I hope it will happen because it's kind of hard to get top players to commit to play both events, the Davis Cup and the ATP Cup.

"And it's six weeks apart, so they're not really helping each other in terms of marketing, in terms of the value of the event."

Djokovic's concerns were shared by world number one Nadal, who also questioned the timing of the events. "Yeah, is confusing to have two World Cups of tennis in one month. For me personally that's not the ideal situation for our sport, but that's how it works today," he said in Perth. Asked if the two should be combined into one world championship, he replied: "I think that tennis deserves something like this." France's Nicolas Mahut also said having two men's team competitions was "too much."

"Obviously, we don't need two competitions the same way. Two team competitions are too much," he said. Djokovic does not normally play in Australia before the year's first Grand Slam in Melbourne, but he will use the ATP Cup to prepare for his attempt to win an eighth Australian Open crown. "The Australian Open courts, Melbourne Park was always very suitable to my game, and I can't wait to go back there," he said. "Obviously, that's probably my most successful court in my career, in my life, so I love playing there."

Djokovic's first match in the ATP Cup will be against South Africa's Kevin Anderson on Saturday, while Nadal is set to face Georgia's Nikoloz Basilashvili on the same day. "For me, that is a tough start to the season," said Nadal. "The great things, the only way to build important things is with daily work. "So we (Spain) need to take care of our first tie against Georgia, and that's the only thing that is in our mind, just try to be ready for this one."