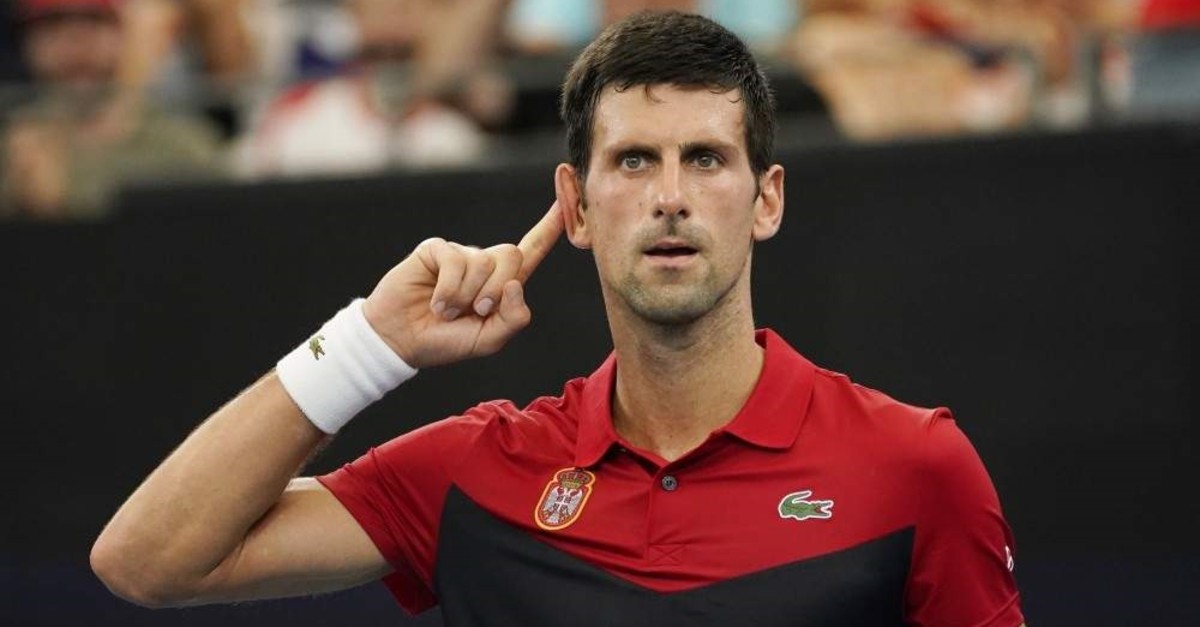 Serbia's Novak Djokovic battled through a stirring challenge from rising Canadian star Denis Shapovalov Friday to propel his country into the semi-finals of the inaugural ATP Cup team event in Sydney with a 4-6 6-1 7-6(4) victory.

It was Djokovic's fifth victory over the 20-year-old Canadian but it was by far the toughest after Shapovalov controlled significant portions of the match played in Australia's intense summer heat.

The victory, set up earlier by Serbia's Dusan Lajovic's upset win over Canadian teenager Felix Auger-Aliassime 6-4 6-2, means that Serbia will play Russia in the semi-final. That clash will see Djokovic face world No. 5 Daniil Medvedev, a player who has beaten the Serbians at their last two meetings.

Djokovic, who ranked second in the world and peerless during his tour of Australia last year, knew that he was in a battle early on as he fought hard to hold his service games, while the left-handed Shapovalov swung the ball powerfully across the court.

"That was so close, it could have gone in a different way easily. (Shapovalov) was playing terrific tennis," Djokovic said. "It felt, not a little bit, but fully like I'm playing at home."

Djokovic, who has won a record seven Australian Open men's singles titles, was playing in Sydney for the first time in a decade after going 3-0 in singles in the ATP Cup group stage in Brisbane.