Fuming Shapovalov out of Australian Open 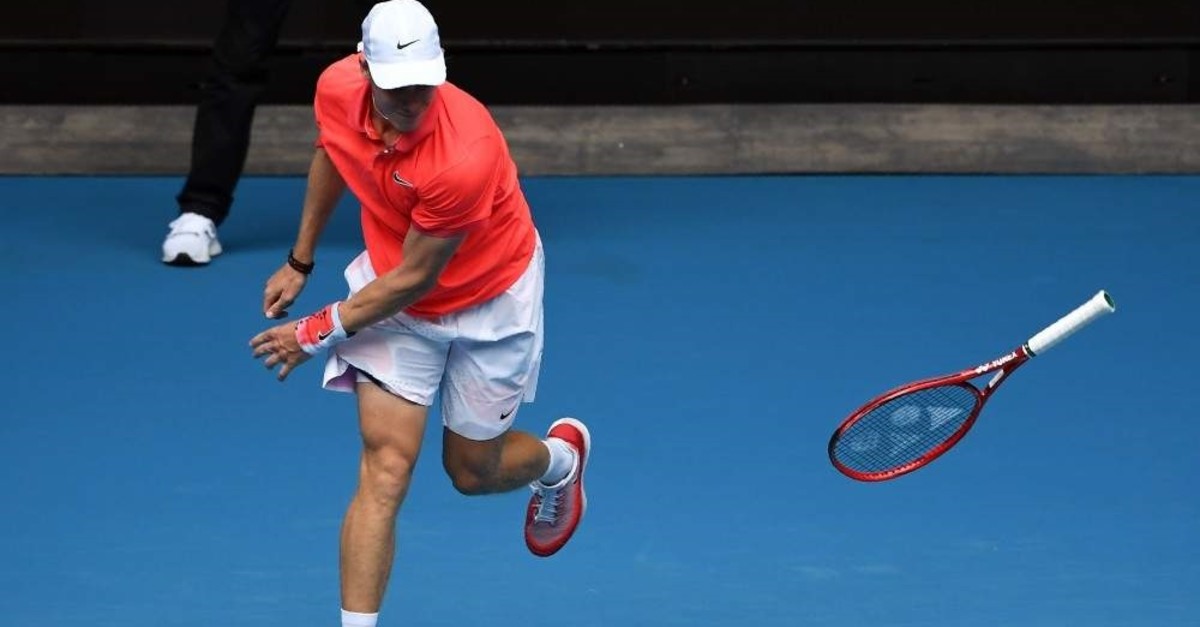 Shapovalov throws his racket in frustration during his match against Fucsovics in Melbourne, Jan. 20, 2020. (AFP Photo)
by Compiled from Wire Services Jan 20, 2020 11:36 am

Canadian young gun Denis Shapovalov was sent spinning out of the Australian Open first round on Monday with an ill-tempered 6-3 6-7(7) 6-1 7-6(3) defeat by unseeded Hungarian Marton Fucsovics.

Seeded 13th, Shapovalov appeared out of sorts from the start and exploded at the chair umpire after receiving a code violation for pounding his racket into the blue hardcourt when broken early in the third set at Margaret Court Arena.

The umpire warned him for throwing down his racquet, and it didn't go down well with the temperamental Canadian.

"I'm not breaking any rules," he shouted at the official. "It's my racquet I can do whatever the hell I want with it."

Shapovalov gave up a 4-2 lead in the fourth set to be dragged into a tiebreak, and Fucsovics raced to a 6-2 lead before closing out the contest when the Canadian hammered an unforced error.

It was a setback for the Canadian, who enjoyed a strong finish to a topsy-turvy 2019 season which featured his maiden ATP title in Stockholm. He also made the Paris Masters final, losing to Djokovic.

"I was hitting the ball really well, I like it here. I played some of my best tennis today. Everything was working," Fucsovics said.