Nadal dominates Delbonis to ease into third round in Melbourne 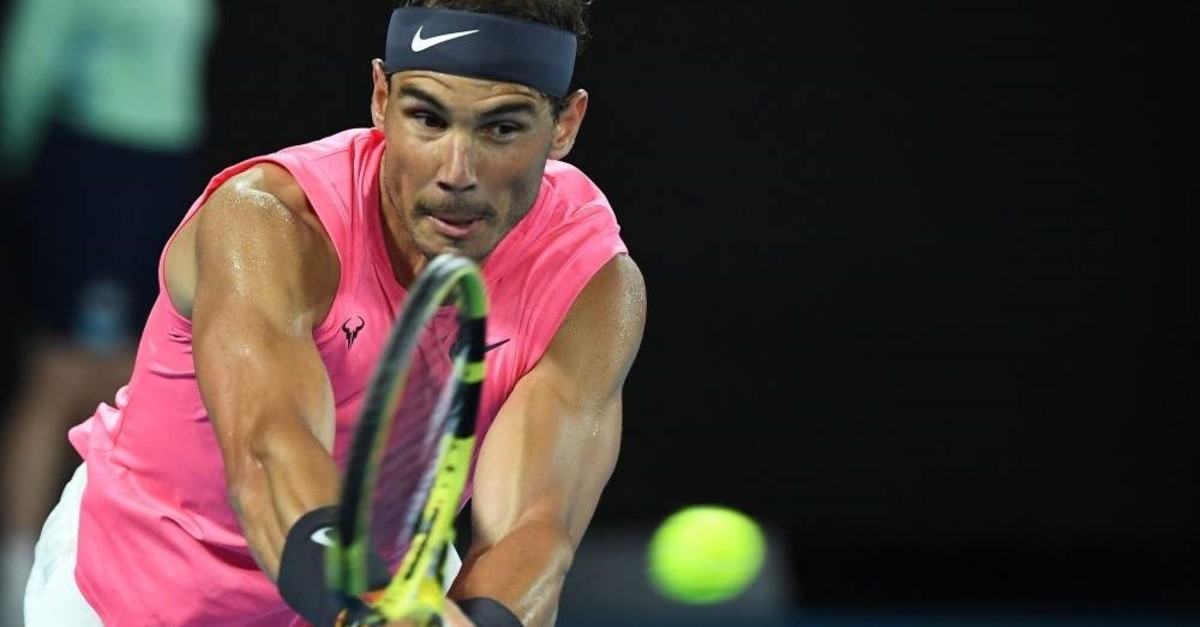 World No. 1 Rafael Nadal led the charge of the high seeds on Thursday, making it into the third round of the Australian Open with a straight sets win over Argentina's Federico Delbonis.

Fourth seed Daniil Medvedev and women's second seed Karolina Pliskova also sailed through with straight sets wins as wind and rain caused delays in the play on outside courts at Melbourne Park.

Nadal had a frustrating contest against Argentina's Federico Delbonis, wasting a whopping 17 of 18 break points in the first two sets before finally winning two of two in the third to close out the match with a 6-3, 7-6 (7-4), 6-1 scoreline.

The scariest moment for the Spanish champion, however, came as one of his forehands hit a young ball girl in the head towards the end of the match.

The 19-time slam champion immediately went to check on the girl giving a kiss on the cheek and then his headband after the contest.

"For her probably it was not a good moment. I was so scared for her honestly."

At Margaret Court Arena, men's fourth seed Medvedev made quick work of qualifier Pedro Martinez of Spain with a 7-5, 6-1, 6-3 win in just over two hours.

Women's second seed Pliskova made it to Melbourne's third round for a fourth consecutive time with a 6-3, 6-3 win over Germany's Laura Siegmund under the roof of Rod Laver Arena.

Zverev strolls into third round

Earlier on Rod Laver, seventh seed Alexander Zverev booked a spot in the third round of the Melbourne slam for the fourth straight time with a 7-6, 6-4, 7-5 win over world number 98 Egor Gerasimov from Belarus.

He was followed on the show court by two-time Grand Slam winner Simona Halep, who defeated Britain's Harriet Dart 6-2 6-4 in a one-sided affair.

Men's fifth seed Dominic Thiem also appeared set for a breezy win against Australian wild card Alex Bolt, but had to go the distance after dropping the second and third sets, eventually defeating the local challenger 6-2, 5-7, 6-7 (5-7), 6-1, 6-2.

Thiem was a set and a break up in the second set before Bolt broke back on 5-4 and won the following three games cheered on by a raucous crowd at Melbourne Arena. In the fourth set the Austrian turned things around, only dropping three games in the last two sets.

The loud crowd at the arena helped another Australian – 23rd seed Nick Kyrgios – get though a rough spot during his match against Frenchman Gilles Simon.

Kyrgios was up two sets and one break in the third round when he dropped his serve and lost four consecutive games in erratic fashion to let Simon back into the contest.

He steadied in the fourth and finally closed the deal in two hours and 49 minutes with an ace on his second serve.

"It's epic," Kyrgios said of the atmosphere in his on-court interview. "You guys are awesome... you guys really get behind me, it's awesome."

Matches on outside courts saw considerable delays of play, some by as much as four hours, due to red dust left over from heavy rains overnight and a light shower in the early afternoon.