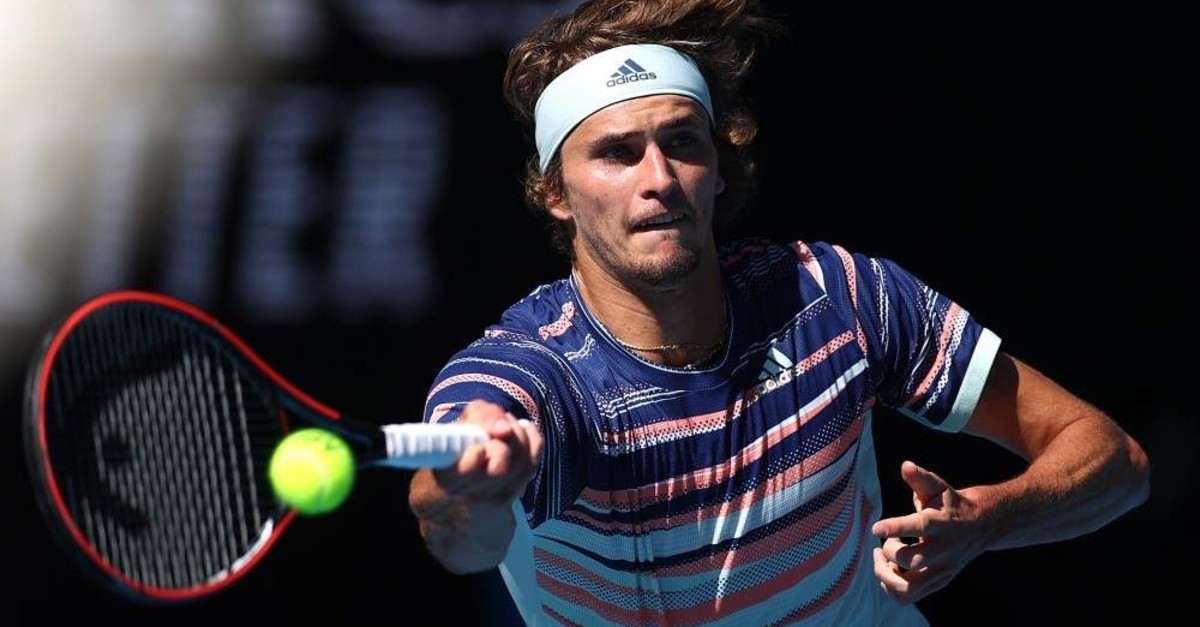 Zverev was once considered one of the leading "Next Gen" contenders to break the Grand Slam hegemony of Novak Djokovic, Rafael Nadal and Roger Federer who have shared the last 12 majors between them.

But the German, who beat Federer and Djokovic on his way to the 2018 ATP Finals title, fell off the radar as he failed to get past the quarterfinals at the majors.

"It feels awesome, I don't know what to say," Zverev said. "I have done well in other tournaments, I have won Masters, I have won the World Tour finals but I never could break that barrier in the Grand Slams."

"You cannot imagine what this means to me and I hope this will be the first of many," he said.

Zverev came to the year's first Grand Slam lacking confidence after losing all three of his singles matches at the inaugural ATP Cup.

He totaled 31 double-faults during the three defeats but his serve has been immaculate in the year's first Grand Slam.

Zverev hit 13 aces on Wednesday and while his opponent struggled with his serves, the German got 80% of his first serves in.

"Thanks for reminding me. I thought I had forgotten about it," Zverev said when asked about what he did to improve his serve from the ATP Cup.

"I worked very hard, I worked a lot on it. This is a Grand Slam. This is where you are supposed to play your best tennis and I am doing that," he said.

Swiss Wawrinka, who won the first of his three Grand Slams at Melbourne Park in 2014, broke Zverev twice early to breeze through the opening set but the 22-year-old German came roaring back into the contest.

The opening set against Wawrinka was the first Zverev lost in this year's Australian Open but he won the next three sets by breaking his 34-year-old opponent's serve five times.

"I was getting ready to talk to the press about why I lost in straight sets, to be honest," Zverev joked, adding he needed time to adjust to conditions as he played at night before. "Then kind of turned it around and my energy picked up a little bit."

Zverev converted his first match point when Wawrinka sent a forehand long and he will meet either top-seeded Spaniard Nadal or Austrian Dominic Thiem for a place in Sunday's final.

The German has pledged AU$10,000 for every match he wins and his entire AU$4.12 million ($2.82 million) first prize money to bushfire relief if he goes on to lift the trophy on Sunday.