Turkey attracts 15M tourists in first half of 2014 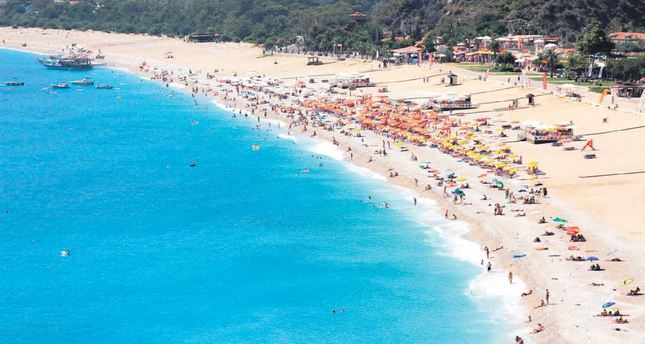 by Daily Sabah Jul 25, 2014 12:00 am
The Ministry of Culture and Tourism announced statistics revealing the number foreign visitors in June increased by 6.41 percent to reach 4.33 million. According to the ministry's report the number of foreign visitors in the January-June period increased by 4.73 percent, exceeding 15.23 million. Speaking on the matter, Ömer Çelik, Turkey's Minister of Culture and Tourism remarked that Turkey has been having a very successful tourism season this year. "When we check the statistics, we can see the success," the minister said.

He also underscored that Turkey has secured a satisfying position in the "champion's league of tourism." Çelik also noted that Antalya, a province by the Mediterranean Sea, hosted 1.8 million tourists in June, while Istanbul hosted 1.1 million. "Our region has been going through an economically and politically hard time. However, Turkey managed to keep its brand value during this tough period which ensures that Turkey can achieve its targets on tourism," the minister said. According to data released by the ministry, Russians are the top of the visitors list with 18.58 percent (805,291) of total visitors, Germany ranked second with 12 percent (520,000) and Britain ranked third with 8.29 percent (360,000).
RELATED TOPICS