Number of tourists visiting Turkey increased by 1.2 percent in November 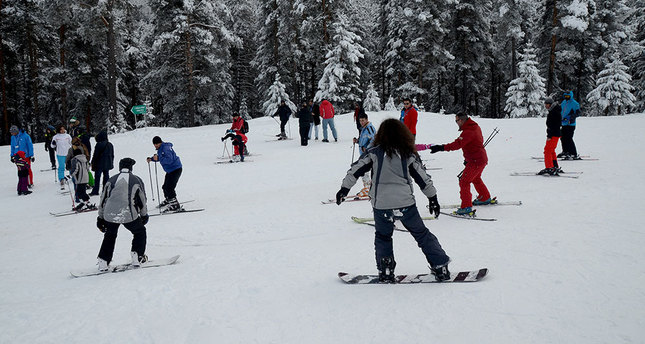 by Daily Sabah Dec 23, 2014 12:00 am
According to the data released by the General Directorate of Security on Tuesday, Turkey's foreign visitors increased by 1.19 percent in November 2014, reaching to 1,729,803, compared to the same month of the previous year.

During the January-November period, on the other hand, the number of foreign visitors increased 5.35 percent to 35,257,859 compared to the same period of the previous year.

The data also released the number of Turkish citizens leaving for abroad. The figures recorded an increase of 3.67 percent in November for Turkish citizens going abroad for touristic purposes. During the January-November period, on the other hand, the number Turkish tourists abroad increased by 1.62 percent to 11,877,339, again compared to the same period of the previous year.

Istanbul was the primary entry point for foreign visitors, with 48.86 percent of the entries realizing through the city's border gates.

Istanbul was followed by the southern province of Antalya, – the city dubbed as capital of Turkish tourism -- with 15.08 percent of visitors.

The western province of Edirne, Turkey's gateway to Europe, on the other hand saw 10.97 percent of the entries, followed by the northeastern province of Artvin on the border with Georgia with 7.8 percent.