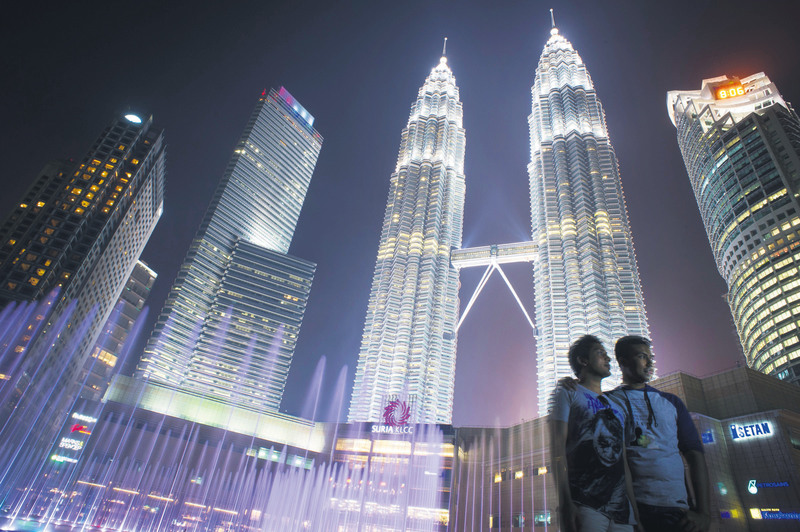 Malaysia is the most preferred global destination in the fast-growing Muslim travel market, despite two catastrophic air disasters that hit the country's flag-carrier in 2014, a survey showed yesterday. Turkey, the United Arab Emirates, Saudi Arabia, Qatar and Indonesia followed Malaysia in the ranking of choice holiday destinations for Muslim travelers, said a report by Islamic travel specialist Crescentrating and payments giant MasterCard.
The report evaluates countries in terms of their attentiveness to the needs of Muslim travelers, including the presence and accessibility of halal restaurants that offer food prepared to Islamic standards, and the provision of prayer rooms at airports, shopping malls and hotels. Scores in these and other variables were tabulated into a Global Muslim Travel Index in which Muslim-majority Malaysia came on top with a score of 83.8, followed by Turkey (73.8), the UAE (72.1), Saudi Arabia (71.3), Qatar (68.2) and Indonesia (67.5). "For Muslim travelers, Malaysia still remains the top choice simply because it is a great holiday destination for families while offering a very Muslim-friendly environment," said Crescentrating chief executive Fazal Bahardeen.

"This includes everything from excellent attractions, halal food [and] accommodation, to shopping to places [to pray]. Malaysia has one of the best infrastructures for the Muslim traveller," he told AFP. Fazal said 5.9 million Muslim visitors visited Malaysia in 2014, up from 5.7 million in 2013. The report, the first conducted jointly by Crescentrating and MasterCard, involved 81 non-Muslim country destinations and 29 Muslim nations.

Its release came just days ahead of the first anniversary of the still-unsolved disappearance of Malaysia Airlines flight MH370 on March 8, 2014, while on a flight from Kuala Lumpur to Beijing with 239 people on board. A massive air and underwater search has failed to find any trace of the plane in what has become one of history's great aviation mysteries. The situation for the airline was only exacerbated four months later on July 17 when Malaysia Airlines flight MH17 was shot down over Ukraine, killing all 283 passengers and 15 crew on board.

Despite the twin disasters, arrivals into Malaysia from January to October 2014 rose 9.6 percent year-on-year - but the number of visitors from China fell 11.2 percent, as most of the passengers aboard MH370 were Chinese nationals, according to the latest Malaysian government figures. The travel survey showed that non-Islamic countries have made strides in gaining a share of the Muslim travel market, estimated to be worth $145 billion in 2014 and forecasted to grow to $200 billion by 2020. Among the non-Muslim destinations included in the study, Singapore emerged as the top choice followed by Thailand. Taiwan and Japan also received high rankings, placing 10th and 11th, respectively. Singapore has "some of the best halal food environments," while Thailand, Japan and Taiwan have taken big steps to meet the needs of Islamic holiday-goers, Fazal said. "The typical Muslim consumer is now younger, educated and with a larger disposable income [that] has precipitated an increased propensity to travel," the report said.