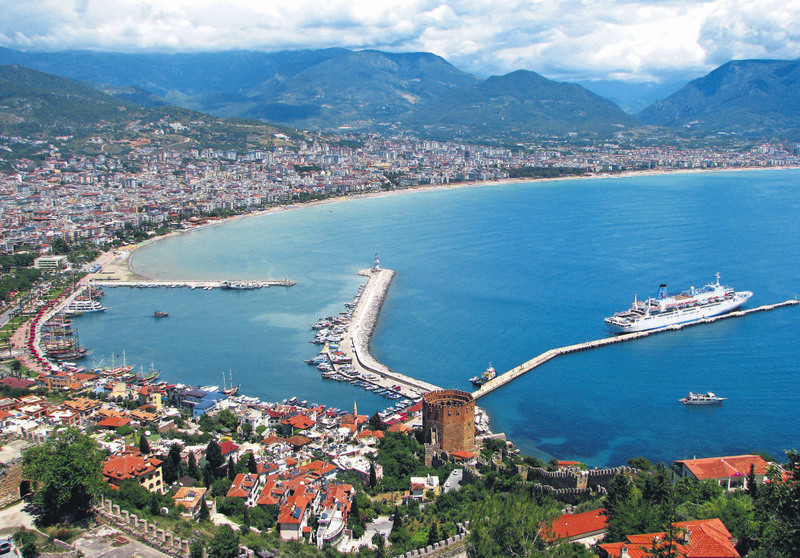 Spending on international travel by Russians fell by 6 percent in 2014. Some hotels in Turkey slashed prices to fill rooms after arrivals from Russia dropped by 21 percent in 2014 and by 22 percent in January

Russia's lurch into a recession has hit many tourism and luxury goods companies hard, forcing them to cut prices - and, in turn, costs - in an attempt to limit the damage. And there are few signs things will get better soon, with a fragile cease-fire in eastern Ukraine doing little to ease international tensions over Moscow's support for pro-Russian separatists in the region. The ruble lost almost half of its value against the U.S. dollar last year after oil prices crashed and the West imposed sanctions on Moscow. That has crushed Russians' spending power, forcing them to cut back and put pricey holiday plans on hold.

Spending on international travel by Russians fell 6 percent in 2014, according to the U.N. World Tourism Organization, a sharp drop from more than 20 percent when compared to previous years. It's been a similar story for airlines, tour groups and hotels that rely on Russian business. Turkey, a major destination for Russian tourists, has also been heavily affected by the economic crisis in Russia. Some hotels in Turkey have slashed prices to fill beds after arrivals from Russia dropped by more than 21 percent in 2014 and by 22 percent in January.

"We believe that the Russians won't come [to Turkey]," said Markus Daldrup, managing director at German tour operator Alltours, which is offering price cuts of up to 24 percent on summer trips to Turkey.

In last October and November, the number of Russian tourists in Antalya - Turkey's top tourism destination - fell by about 35 percent. Çetin Osman Budak, the President of the Antalya Chamber of Commerce and Industry (ATSO) and the Vice President of the Turkish Union of Chambers and Commodity Exchanges (TOBB), said the economic crisis will continue in Russia throughout this year. Tourism agencies have already turned their head to the domestic market and started early bookings with lower prices.

"Russian tourists have a big share in Antalya's tourism sector. There will be international fairs in the upcoming year. The EMITT Moscow Fair is fairly important. We expect a decrease in [the] number [of tourists], but it will not be an aggressive one," Budak said.

Budak stressed that economies cannot recover fast if the devaluation surpass is 100 percent, highlighting that devaluation means official lowering of the value of a currency and negatively affects purchasing power. He said purchasing power is directly associated with tourism industry, as people prefer not to go on holidays in such an environment. "This is why we should continue to promote projects with a special focus on the Russian market. More activities and investments are also needed for other markets as well," Budak continued. Suat Çavuşoğlu, a board member of the Association of Turkish Travel Agencies' (TÜRSAB) Alanya Regional Office, said the devaluation of the ruble will see significant impacts to the domestic market. Certain tourism companies may even go bankrupt in the following quarters. The 2015 tourism season will be tough, and they expect a 60 percent decrease in package tours, Çavuşoğlu said. "Russia is Turkey's second-biggest market after Germany. The number of Russian tourists visiting Turkey reaches almost 5 million annually," he emphasized.

The economic meltdown has caused almost a 60 percent devaluation of the ruble against the dollar. "Tourism sales are made in rubles, while payments are done in dollars. The price of package tours will increase up to 60 percent," Çavuşoğlu said.

This year, around a 40 percent decrease is expected in the number of Russian tourists. Russia is also in an effort to avoid the flow of hot money due to its financial problems. Çavuşoğlu said 21 tour operators, which organize trips to Russia from different parts of the world, went bankrupt last year. Russian tour operators and hotels in Turkey will be significantly affected by the lower ruble and rising dollar rates. Unless necessary precautions and revisions are taken, tour operators will ultimately go bankrupt, Çavuşoğlu concluded.

Meanwhile, several airlines, such as Emirates, have responded to the decline in Russian travel abroad by offering fewer flights or seats to the country. The posh ski resort of Courchevel estimates its Russian clientele has shrunk by 20-30 percent this year, and those that have come have spent less money. "Before, you would often see Russian clients buying bottles of wine for 6,000 euros; now, they only get those for a few hundred euros," said Adeline Roux, head of tourism at the resort.

Russian tourists are also major buyers of luxury goods, particularly in European capitals. According to tax-refund company Global Blue, spending by Russian tourists fell 17 percent last year, and plunged 51 percent in January following a 44 percent fall in December. Although there was an unexpected spike in sales for some in December, as Russians offloaded the fast-depreciating rubles for durable luxury goods such as Cartier watches, many brands are preparing for a tough 2015.
Last Update: Mar 10, 2015 9:44 am
RELATED TOPICS