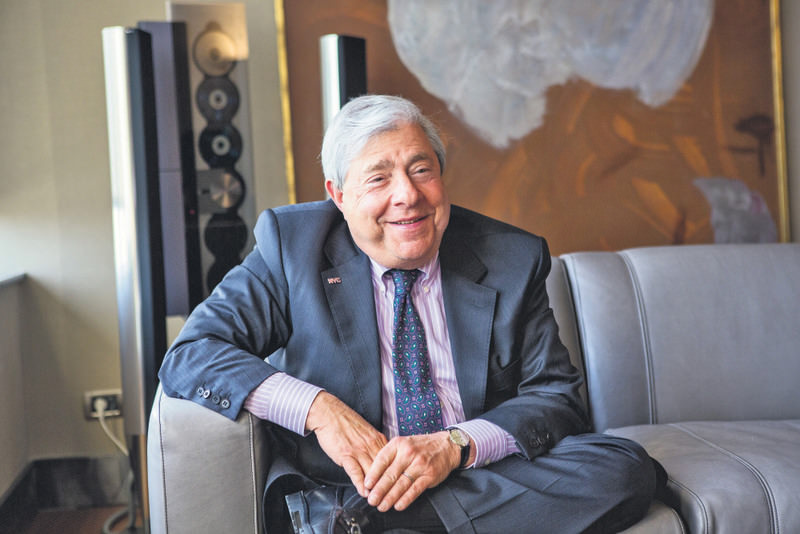 Marty Markowitz, the head of New York City's Tourism Office has traveled to Turkey to attend the World Tourism Forum, which has gathered world opinion leaders in Istanbul to determine new trends and coordinate meetings with industry agencies.

Scores of representatives from around the world were in attendance at the platform on which the future of the tourism industry was discussed and which aimed to offer a platform for the exchange of information to increase tourism for every participant country.

Speaking to Daily Sabah, Markowitz said he considered his participation in the forum to be a good opportunity and thanked Turkey for hosting a conference providing each country with information about how to boost tourism. Highlighting the significance of the sector, he said that economies of countries are almost dependent on it.

Regarding Turkey's tourism potential, Markowitz said the country was doing a good job in international tourism and already possesses hotspot destinations that appeal to tourists. Ancient historical sites along with natural charms draw huge numbers, Markowitz said, and noted that the number of tourists visiting Turkey is increasing. Last year Turkey received more than 40 million tourists, a record for the country, and he indicated that the number could increase depending on enhanced infrastructure, accommodation facilities and transportation. "Turkey is one of the strongest markets in the world for tourism. And it continues to go up," Markowitz said.

"I would like to see more Turkish people traveling to New York. Part of the purpose of my visit is to convey that they would feel at home in New York as much as I feel at home in Istanbul," Markowitz said. Comparing Istanbul to New York based on their tourism potential, he said Istanbul has better historical attractions since America is a younger land.

"The oldest building we have is probably new to you," Markowitz said. He also said the energy and diversity of both cities render them hotspots that attract tourists from around the world. "But New York has a greater diversity I believe. It is the melting pot of the world," he said, adding that the energy of the ethnic and religious diversity has a positive impact on the tourism potential of the city, which is already the number-one destination in the U.S. for international tourism.

When asked whether he would run for mayor of the city, he said he would not consider running for the post for various reasons, but that he "would love to be the ambassador to Turkey," a wish that appears to reflect his admiration for the country. He said he would be willing to take the post, but the chances of it happening are low.

Describing himself as a thin-skinned individual and fearing the influence the media hysteria would have on him if he were mayor, Markowitz, said he "can't be a mayor."

He continued: "I would love to be ambassador to Turkey though, but it would be almost impossible for me to get it. Turkey is among the most coveted ambassadorships. I would like to do that. I would love the chance."
Last Update: May 01, 2015 11:12 pm
RELATED TOPICS