Mardin, the ancient city, hosts more than 12,000 tourists in the last five days 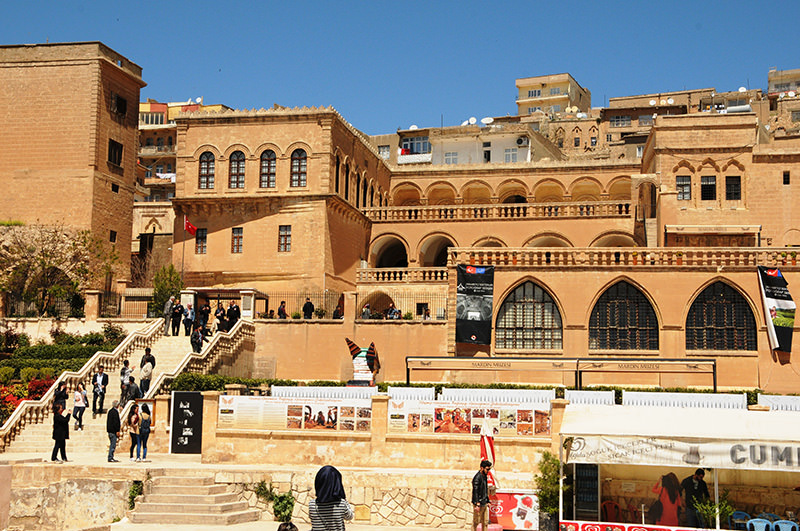 | AA Photo
by Sühem Özge Terece May 05, 2015 12:00 am
More than 12,000 tourists have visited Turkey's ancient province Mardin over the last five days, President of Mardin Tourism and Hotel Association (MARTOD) Özgür Azad Güngör announced. With a total bed capacity of 5,600, the hotels in Mardin, which is one of the favorite tourism destinations of southeastern Turkey, reached 100 percent occupancy rate.

Güngör said that some tourists had been forced to stay in neighboring cities as there were no available rooms in hotels in Mardin, while at least 18,000 tourists had visited the city in the space of one day.

"We have hosted over 12,000 tourists which is actually closer to 30,000 with the one-day visitors over the last five days. Local tourists have also taken advantage of official holidays which spread to the last week of April and first days of May. However, the city owes these satisfying figures mostly to the reconciliation process. If this region finds peace, I believe the hotels will be full throughout a year. The process is a must for our region," Güngör added.

According to information obtained from Mardin Culture and Tourism Directorate, a total number of 389,875 tourists, 33,044 of whom were foreign tourists, visited Mardin in 2014.

Located in the southeastern Turkey, Mardin is called an open air museum with its untouched architecture and a cultural mosaic with its rich cultures, different languages and religions still challenging time.
Last Update: May 05, 2015 3:59 pm
RELATED TOPICS