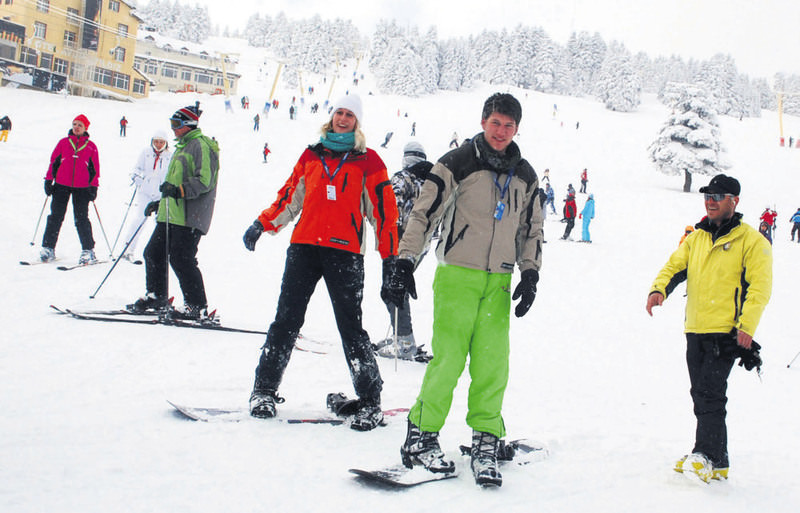 by Anadolu Agency
May 10, 2015 12:00 am
Association of Turkish Travel Agencies (TÜRSAB) Chairman Başaran Ulusoy said Turkey expects more than 42 million tourists and $35-36 billion currency inflow in 2015 despite negative developments in the neighboring countries and the economic shrinkage in Europe. Speaking to an Anadolu Agency reporter, Ulusoy stated that Turkey has mountains which are important for winter tourism and the Erciyes Ski Center is one of the most prominent among these.

Saying that they don't want to limit tourism to the winter season only and they aim to boost tourism all-year-around, Ulusoy noted: "We need to flourish tourism at ski centers 365 days of the year. The Erciyes Ski Center is perfectly suited for this. It is an important center for us. Four-or five-star facilities are being built here. We want those to be built appropriately for winter sports without destroying the nature of the mountain and we want them to be used in the summer season, too."

Ulusoy emphasized that temperatures are rising due to the effect of global warming and this makes Erciyes an attraction center. He added that everyone needs a place to cool down and Erciyes will bring Turkey into the forefront in this context. Ulusoy stressed that they observed growth in the tourism sector despite all negative developments. "We revised the last year's figures as 1-2 percent in tourism. We had expected 4-5 percent growth this year. Today we have reached 2-3 percent growth despite the negative developments."

Pointing out that there had been an increase in the number of the Turkish citizens traveling in recent years; Ulusoy said: "It is evident that our people now have the opportunity to travel more, as evident from early holiday reservations. We send 8 million Turkish tourists to 78 countries in the world. Another 6 million travel within Turkey."
Last Update: May 11, 2015 10:59 am