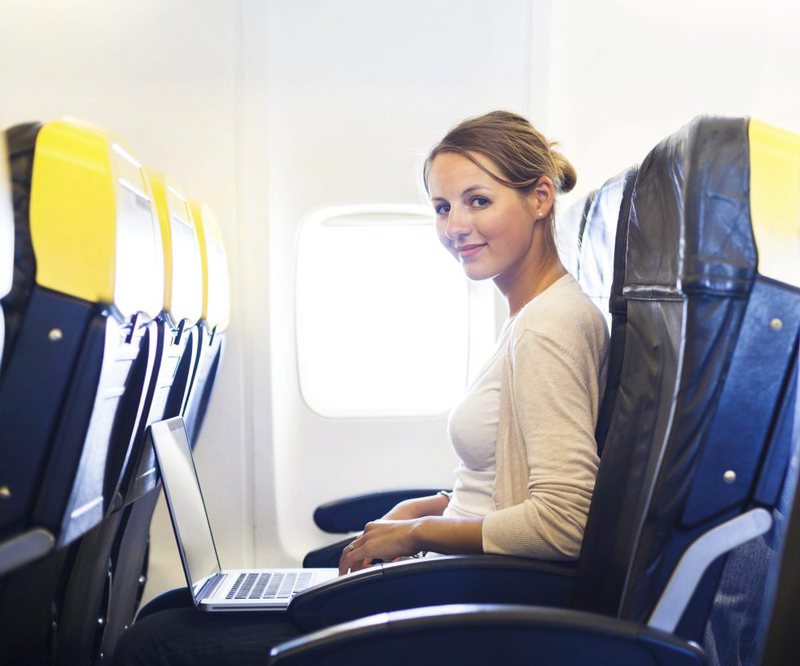 Most of the people who travel by air in Turkey prefer in-flight Wi-Fi over food service, according to a survey conducted by Honeywell in Turkey. The survey indicated that the number of air travelers who are interested in technology and in search of smarter, faster and more eco-friendly flights is increasing.While four out of five respondents (88 percent) believe in-flight Wi-Fi is an important feature, one out of 10 respondents said they will not fly with an airline company that does not provide in-flight Wi-Fi.

Orhan Geniş, the head of Honeywell Turkey and Middle Asia, said the air transportation industry in Turkey is growing fast. As passenger capacity increases, needs get diversified, Geniş stressed. "It surprised us that passengers have such an intense Wi-Fi need. They need Internet more than food while flying. They want to use the Internet in the air without any interruption just like they use it at their homes. It is necessary to appeal to the comfort of people inside the aircraft. Comfort and convenience have gained importance, and naturally the trend that started on the ground now extends to the sky," he said.

Stressing that Istanbul Atatürk International Airport entered the top five on the list of the most crowded airports in Europe, Genç said Turkey's passenger capacity in 2013 was 150 million people, 76 million of whom were domestic passengers while the rest were international passengers. "Atatürk Airport hosted 56 million passengers in 2014. Half of them were in transit. Airports in Istanbul provide services not only for Turkish nationals but for foreign passengers as well. That's why we need the third airport, which will become the central airport of the region," Genç emphasized.

According to the survey, the participants' desire to use new technologies to spend time inside terminals without any problem is important. Almost all respondents (97 percent) agreed that new technology plays a key role in decreasing stress. While 91 percent of the respondents emphasized that e-boarding passes and e-ticket scanners are important, 81 percent believe baggage tracking systems are significant technologies that will improve the efficiency of their travel experiences. Since people use technologies like e-boarding pass scanners, to move faster, while they spend more time at entertainment venues, which increase airport incomes. More than one third of respondents (67 percent) said they spent more time at entertainment venues the last time they flew. This trend is increasing the demand for advanced services and integrated building systems, such as temperature management, lighting, fire detection and digital video.

Seperately, according to the International Air Transport Association (IATA), global passenger traffic numbers indicate a stronger demand for airway travel in May compared to last year. Passenger income per kilometer surpassed the same month of last year by 6.9 percent in May. International flight incomes went up 7.1 percent while domestic flight incomes have seen 6.6 percent growth. The increase in income for the first five months of 2015 was 6.5 percent for international and 6.1 percent for domestic flights. While Asia-Pacific airway traffic increased by 9.4 percent in May, the increase in Europe was 5.9 percent. Other significant regional airway traffic increases occurred in the Middle East at 14 percent, Africa at 3.9 percent and North America at 2 percent.
Last Update: Jul 24, 2015 9:44 pm
RELATED TOPICS