Russian tourists to be directed to Turkey amid concerns in Egypt, tour operators say 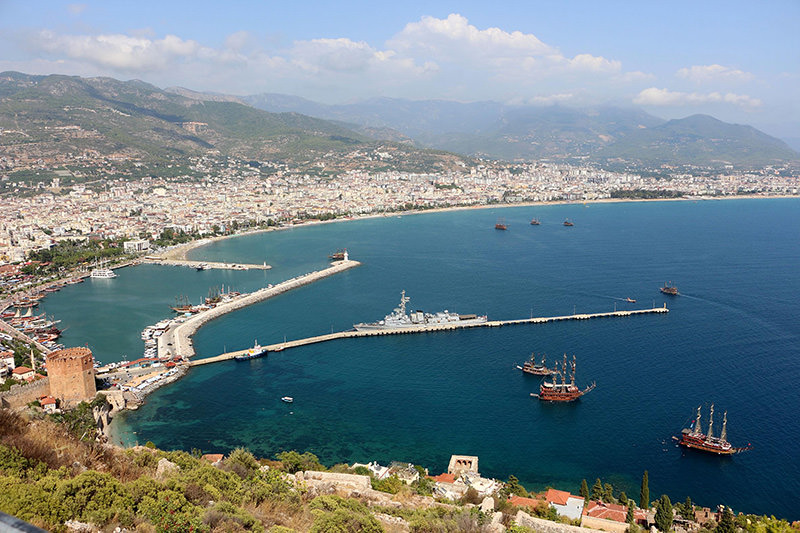 Alanya district of Turkey's southern Antalya province (DHA Photo)
by Daily Sabah with Agencies Nov 07, 2015 12:00 am
Russian Tour Operators Association (ATOR) on Saturday has said that Turkey will be offered as an alternative destination to tourists instead of Egypt, amid growing security concerns after the Russian passenger jet crash in Sharm el-Sheik.

After the association announced that they have halted flights to Egypt's Hurgada and Sharm el-Sheikh, tour operator BRISCO's Sales and Marketing Manager, Yuliya Polesovaya, said that they are thinking of telling their clients to change their flights to Turkey instead.

"We had a 4 a.m. flight to Hurgada. But it has been canceled. As an alternative we will offer our clients the 4 p.m. flight to Antalya," she said.

"We will offer the best alternatives in Turkey's tourist destinations. However, we will have to cancel the tours for the clients who refuse to accept these options," Polesovaya added.

ISIS had claimed responsibility for the Russian jet crash in Sinai, which killed all 224 people on board.

Russia, Britain and Ireland have suspended their scheduled flights to Egypt, while Belgium, France and the Netherlands have all advised their citizens not to visit the Egyptian resort by air.

Turkish Airlines and Lufthansa have canceled their flights to the resort this weekend, while Air France, which does not fly to the town, said it would tighten security arrangements around its Cairo flights.
Last Update: Nov 07, 2015 5:34 pm
RELATED TOPICS