Turkey regains its place as favorite holiday spot for Russians 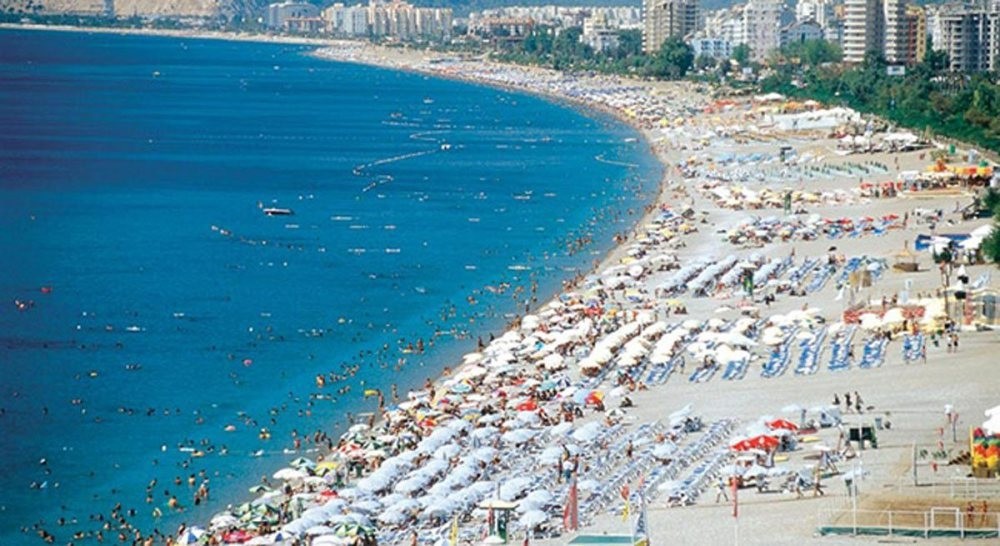 by Daily Sabah with Wires Jul 05, 2016 12:00 am
Turkey became the most popular holiday destination in Russia in only three days after the lifting of the seven-month ban on tour sales to Turkey. According to plane ticket search engines, a 30 percent increase in the demand for Moscow-Antalya flights did not go unnoticed. The biggest problem facing tour operators is that the customers who previously booked other destinations wish to change their holidays and go to Turkey.

After the announcement regarding the lifting of the ban on tour sales to Turkey, tour packages were put up for sale the very next day. Later, according to data collected from Russian search engine Yandex's travel search browser, Puteshestviya, Turkey became the most popular destination in a very short time.

Speaking to Russia's daily newspaper Kommersant, tour firm representative Igor Blinov said while tours to Turkey constituted 6.7 percent of the total number of tours on Friday, the day after the ban was lifted, it surged to 38.8 percent on Saturday and 35.6 percent on Sunday.

According to Tutu.ru, the companies that put their tours on sale again included Anex Tour, Tez Tour, Biblio Globus and Pegas Touristik. Pegas Touristik General Manager Anna Podgornaya said the company would purchase all the flights on two planes each week, along with daily block seats from Turkish Airlines, emphasizing their attention on the tours.

Turkey was the number one destination preferred by Russian tourists before it was banned as a holiday destination by the Kremlin. The Federal Agency for Tourism indicates that 10 percent of tourists, 3.46 million, who travelled from Russia to foreign countries, came to Turkey in 2015. The countdown has started for the charter flights, the main tourism carriers, which technically have not opened yet but will start in a very short time.

Stressing that tour operators could quickly organize and kick start the charter flights, Pegas Touristik General Manager Anna Podgornaya pointed out that this could only happen after Rosavia's, Russia's new state-run airline, decision. While Azur Air's communications director Anastasia Matyushina said the same, she also noted that the company was considering flights to Turkey first from Moscow, St. Petersburg and three other regional cities.

After Turkey downed a Russian warplane that violated its airspace near the Syrian border, Moscow implemented economic sanctions on Turkey including a travel ban. The furious Russian government also opened investigations into Russian tourism agencies that organized tours to Turkey. The number of visitors from Russia saw a sharp decline of 91.8 percent, with 41,000 visitors in May compared to the same month of the previous year. The percentage of Russian visitors among all tourists in Turkey shrank from 13.2 percent to 1.65 percent. However, with the normalization process started between Ankara and Moscow, the Turkish tourism sector expects to host more Russian tourists, as it did seven months ago.
RELATED TOPICS