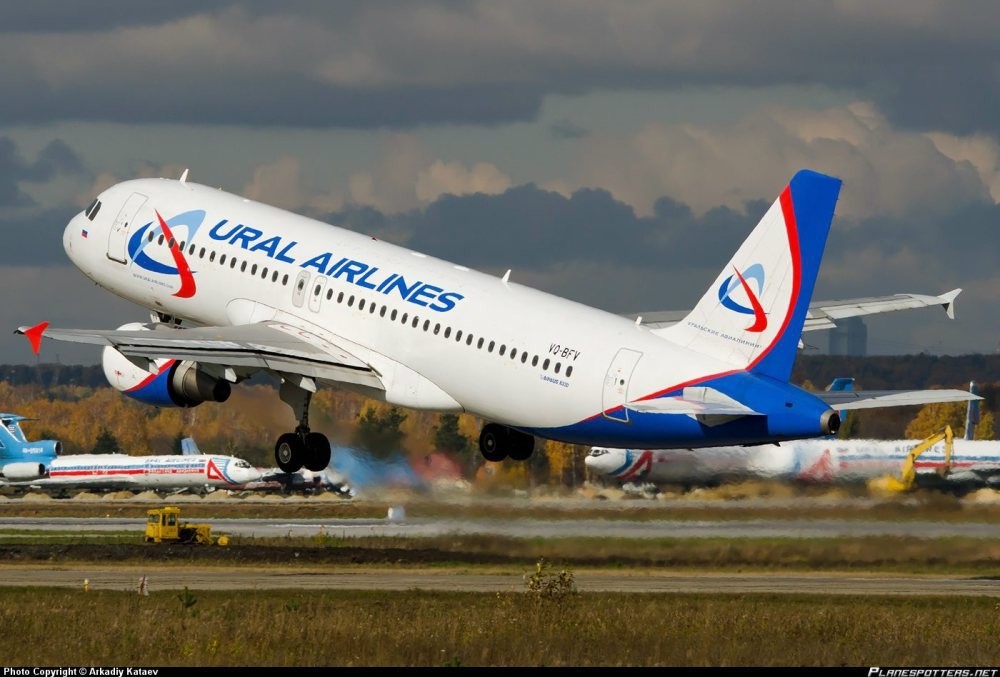 Along with the recovering relations between Turkey and Russia, Russian airline companies started resuming regular scheduled flights to Turkey. Russian's premiere airline, Ural Airlines, recently announced that regular scheduled Airbus A320 flights would start flying from Ekaterinburg to Antalya each Sunday from Aug. 7.As relations between Turkey and Russia recover, permission for sales of tour packages to Turkey and increasing Russian attention for Turkey coincides with expanding permission for charter flights, Russian airline companies have started resuming regularly scheduled flights to Antalya.

According to the Turkish-language Gazetem newspaper in Russia, while tourists turn their heads to the Russian government's decision to permit charter flights, good news came from Russian airline companies that have regularly scheduled flights to Antalya. Aeroflot and Turkish Airlines were previously the only companies offering scheduled flights to Antalya, but Rossiya Airlines restarted scheduled flights to Antalya last week, followed by Ural Airlines' announcement that its Antalya flights would restart soon. Russian discount airline Pobeda said to fly to Gazipaşa Airport in Alanya. Announcing flights to Antalya, Ural Airlines' press department said: "Ural Airlines is restarting their long-awaited flights to Turkey. Ekaterinburg to Antalya flights will be scheduled for every Sunday as of August 7. Ticket price for promo baggage-free offer is 385 euros [$426], and the price is 435 euros for the economic offer, including one bag weighing 23 kilograms. Flights will be made with Airbus A320." Ural Airlines is one of Russia's top 5 airports. By the end of 2015, 5.4 million passengers had flown with the company. Relations between Russia and Turkey were frozen in November 2015 after Turkish jets downed a Russian Su-24 bomber near the Syrian border for violating Turkish airspace. Following this, Russia took harsh steps, imposing economic sanctions on Turkey, including a ban on tour packages.

President Recep Tayyip Erdoğan sent a letter to Russian President Vladimir Putin to celebrate Russia Day, the national holiday of the Russian Federation. The letter was considered to be an important step toward normalizing the broken ties between the two countries. Following this, in late June, Putin signed a decree lifting restrictions on Russian tour firms working in Turkey, as well as eliminating other sanctions. Russian Prime Minister Dmitry Medvedev had announced Russia will remove the economic sanctions against Turkey "on a gradual basis."
RELATED TOPICS