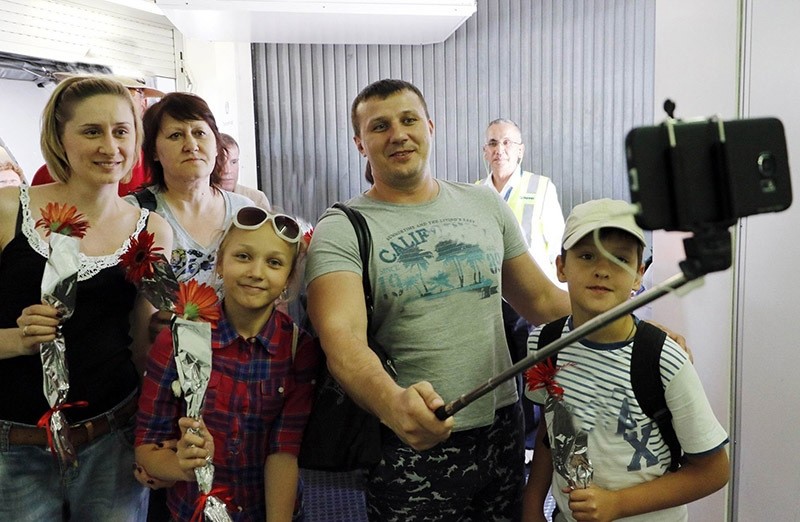 The Association of Tour Operators of Russia (ATOR) has announced that the number of Russian tourists visiting Turkey in Sept. and Oct. was up to three times higher than their expectations, reaching 300,000.

Maya Lomidze, the head of ATOR, noted that Turkey quickly became a popular destination for Russian tourists following the Russian lift of the ban on charter flights to Turkey, reported Anadolu Agency on Thursday.

After the downing of a Russian bomber jet breaching Turkish airspace near Syrian border on Nov. 24, 2015, Russian authorities implemented various sanctions against Turkey which also included canceling charter flights to Turkey. The Russian government lifted the ban on Aug. 26, 2016 following a gradual improvement in relations between both countries.

According to Lomidze, during the ban period Russian tourists favored holiday destinations such as Tunisia, Dominican Republic, Greece, Italy, Cyprus, Malta and Croatia. She added that once the ban on Turkey had been removed, there was a strong increase in demands for travel to Turkey, and this was the reason for the unexpected surge in the autumn.