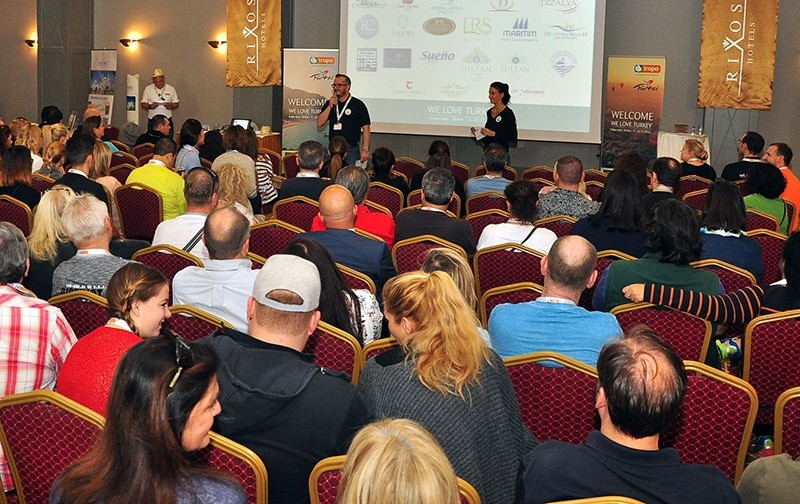 Senior managers of 120 leading tourism agencies from Germany have come together at the "We Love Turkey" event in Antalya in order to discuss tourism expectations and plans for 2017, stating that Turkey and Antalya are safe for tourists to visit.

The "We Love Turkey" event is sponsored by the Turkish Ministry of Culture and Tourism and organized with the aim of accelerating tourism to Turkey.

Promotional activities were conducted by Tropo in 24 different German cities throughout September, and the event is currently taking place between 17 and 20 November in Antalya.

"We Love Turkey" is compensating for the cancellation of the German Tourism Agencies event last year, and presents Antalya as a safe holiday destination promoting 24 hotels from the region.

Tropo's Sales and Marketing Director Okan Doğanaslan expressed his happiness at taking part in the project, saying: "We are at the right place at the right time. We believe that we will see positive sales feedback in a very short time. We also aim to double the number of German agency at out next year's event."

Germany has been Turkey's primary tourism partner for years. According to data compiled by state-run Anadolu Agency (AA) and figures from the Ministry of Culture and Tourism, 36.2 million tourists visited Turkey in 2015.

Following a pattern established over the previous two years, the largest number of tourists visiting Turkey from a single country was Germans with 5.6 million. The number of German tourists has actually increased by nearly 10 percent since 2013.