The ancient city of Prusias ad Hypium turns into an archeopark 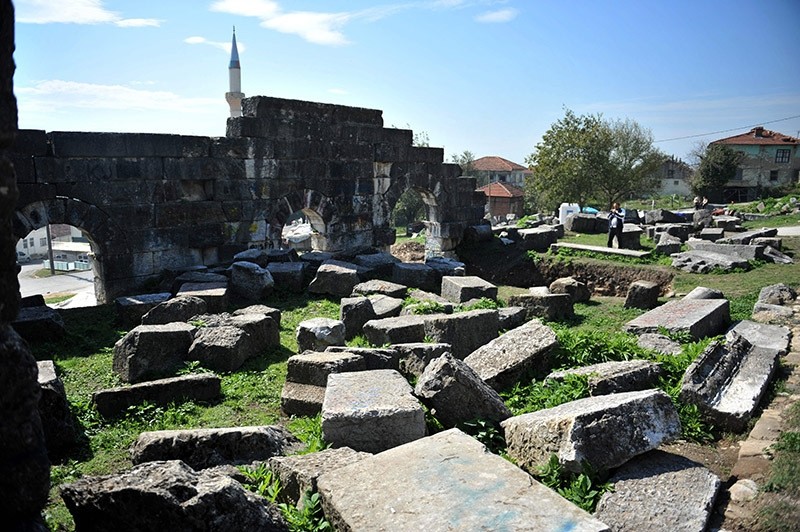 An archeopark will be built in the ancient city of Prusias ad Hypium, also known as the "Ephesus of the Black Sea Region", as part of the the East Marmara Development Agency (MARKA) supported "East Marmara Ancient City Project" According to a statement by the Düzce municipality, who proposed the project, works for the construction of the archeopark began in the Konuralp neighborhood. The ancient city area is also home to an ancient theater with stairs with lion paw carvings, archways, aqueducts and a Roman bridge.

The works are coordinated by the Düzce municipality and the park will have an area of about two thousand square meters with lots of sitting and resting areas.

Within the "East Marmara Ancient City Project", which has a budget of 1.215,000 Turkish liras, an "Open Air Museum" will be built and the number of guesthouses in the region will be increased.

The aim of the project is to offer a visual observation area for tourists, in order to feature Konuralp's tourism potential by preserving the historical, natural and cultural heritage in the region.

A Tourism Information Office will also be built in the archeopark.

The "East Marmara Ancient City Project" is to be completed by 2018.