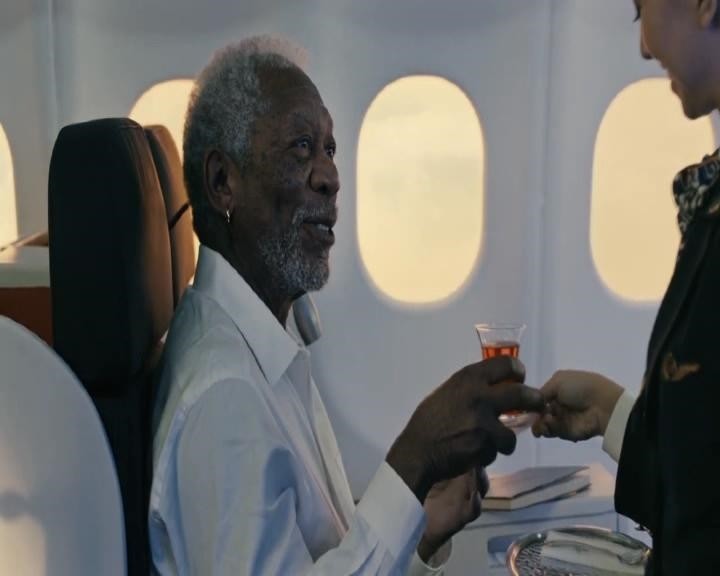 The New England Patriots produced the greatest comeback in Super Bowl history to beat the Atlanta Falcons 34-28 in overtime and claim a storybook fifth title. Meanwhile, Morgan Freeman starred in a moving ad for Turkish Airlines on advertising's biggest night

For advertisers on Super Bowl Sunday, it was time to get political or provide some escapist humor. On advertising's biggest night, marketers took different tactics to appeal to the largest live TV-watching audience there is. They pay dearly for the opportunity, $5 million for 30 seconds to capture more than 110 million expected viewers, so it is crucial to connect.

Morgan Freeman starred in a moving ad for Turkish Airlines during Sunday's Super Bowl. In the ad, the Driving Miss Daisy star was pictured seated in an airplane, relaxing, while his voice began a narrative.

"There are those of us who like to venture to the unexplored, those of us who go out there with a sense of wonder," the 79-year-old actor said. "Reaching worlds; finding delight in our differences. If you are one of us, and you would like to explore more of this great planet ... we're ready to take you there ... it's time."

The star then plugged the airline with their slogan, "Widen your world... Turkish airlines."

The spot, while not overtly political, clearly had undertones of acceptance and diversity, relevant amid the ongoing controversies swirling around U.S. President Donald Trump and his recent motions toward an immigration ban aimed at refugees.

Some like Airbnb, Coca-Cola and the NFL introduced messages of the power of American diversity and inclusion. Others like Tide and T-Mobile stuck with trying to get laughs. Haircare brand "It's a 10" tried to do both at once.

As the New England Patriots edged out the Atlantic Falcons on the field in Houston, Airbnb touted inclusiveness with an ad showing faces of different ethnicities and the copy, "We all belong. The world is more beautiful the more you accept."

Coca-Cola aired a previously run ad in the pregame in which people sang, "America the Beautiful" in different languages. Even a hair care brand dipped into politics, the "It's a 10" hair brand indirectly referenced President Donald Trump's famously unruly do in its Super Bowl spot.

It's tough to be a Super Bowl advertiser during any year. But this year, a divisive political climate has roiled the nation since Trump took office in January, making it even tougher for brands.

"Anxiety and politics just loom over this game, so anybody who gives us the blessed relief of entertaining with a real Super Bowl commercial wins," said Mark DiMassimo, CEO of the ad agency DiMassimo Goldstein.

But there were still plenty of ads that walked the line.

An NFL ad conveyed what all advertisers hope the Super Bowl becomes, a place where Americans can come together. "

Inside these lines, we may have our differences, but recognize there's more that unites us," Forest Whitaker intoned in a voiceover as workers prepped a football field and gridiron scenes played.

"The Super Bowl is shaping up as a counterpoint to the divisiveness in the United States," Tim Calkins, a marketing professor at Northwestern University, said.