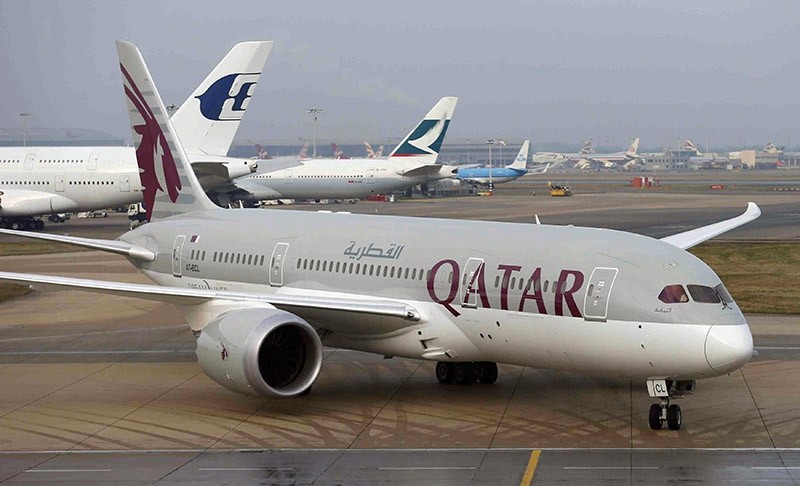 The world's longest commercial flight, from Qatar to New Zealand, touched down for the first time in Auckland on Monday.

"We've officially landed in New Zealand, the 'Land of the Long White Cloud,'" Qatar Airways tweeted as the 16-hours-and-20-minute-long flight from Doha arrived in Auckland after passing over 10 time zones, five countries and covering a distance of 14,535 kilometres.

The Boeing 777-200LR received the traditional welcome for inaugural flights with a water cannon shower by the airport's fire and rescue teams.

According to the airline, the flight is operated by four pilots and 15 cabin crew who serve around 1,100 cups of tea and coffee, 2000 cold drinks and 1036 meals during the flight.

The daily service provides a freight capacity of 116 cargo tonnes per week, equivalent to 1,162 sheep or 5,263 kiwifruit.

"The new Auckland - Doha service will not only provide more options and connections for business and leisure travellers, but will also provide additional freight capacity, which will support New Zealand exporters getting their fresh product to the Middle East and beyond," McClay said.