Emirates cuts flights to US after Trump visa ban 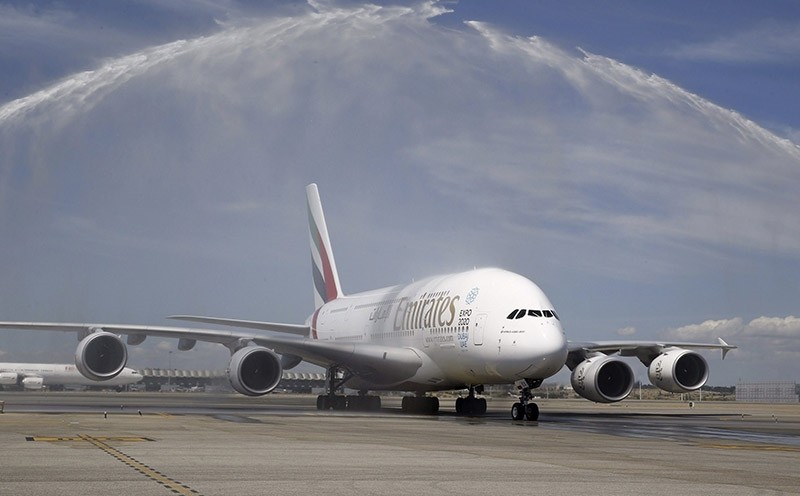 The biggest passenger airplane in the world, the Aibus A380, is given a water jet salute by the local airport fire brigade as it arrives to Adolfo Suarez Madrid-Barajas airport in Madrid, Spain, 01 August 2015. (EPA Photo)
by Associated Press Apr 19, 2017 12:00 am

The Middle East's biggest airline says it is reducing flights to the United States because of a drop in demand caused by tougher U.S. security measures and attempts by the Trump administration to ban travelers from a number of Muslim-majority nations.

Emirates said on Wednesday that the reductions will affect five of its 12 U.S. destinations, starting next month. It called the move "a commercial decision in response to weakened travel demand" in the three months since President Donald Trump took office.

Twice daily Emirates flights to Boston, Los Angles and Seattle will be reduced to once a day. Daily flights to Ft. Lauderdale and Orlando will be pared down to five per week.