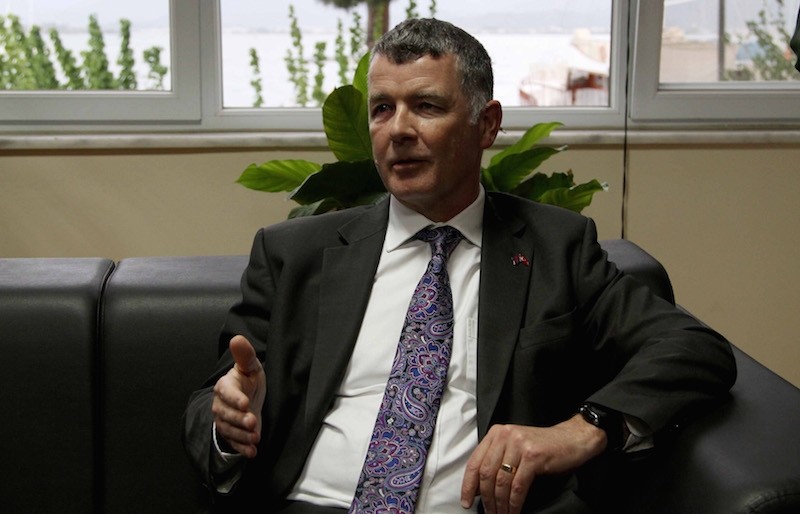 Richard Moore, the British Ambassador to Ankara, said that his country supports its citizens to come to Turkey during a visit to Turkey's Mediterranean resort town of Fethiye's District Governor Ekrem Çalık in his office in southwestern Turkey.

Moore also stated that he had been in contact with authorities in southern Antalya and Muğla provinces prior to tourist season to ensure the security of British tourists.

"We say, 'Please come to Turkey. Typically, tourist do not experience any problem during their holidays in Turkey. You will have a lot of fun, but please be aware of some issues. We encourage our citizens to come to Turkey," Moore stated.

He also said that Turkey had gone through a difficult period, especially during 2016 when there were multiple terrorist attacks and a terrible coup attempt.

"For this reason some tourists are afraid. They are a little worried. But I want to say that Turkish authorities have taken all precautions."

Moore stated that some 2.5 million Brits came to Turkey in 2015, and explained that despite the slight decline last year, 2017 is expected to be better for tourism and British citizens will slowly start returning.

He expressed his satisfaction with his visit to Fethiye and noted that foreigners living in the city are predominately British.

Çalık emphasized that British citizens live happily in Fethiye, "We have taken all kinds of security measures. Our society is also sensitive, and problems in geography are reflected in my region," he said.

Despite a difficult 2016, Çalık added that everyone could easily spend a happy vacation in Fethiye.