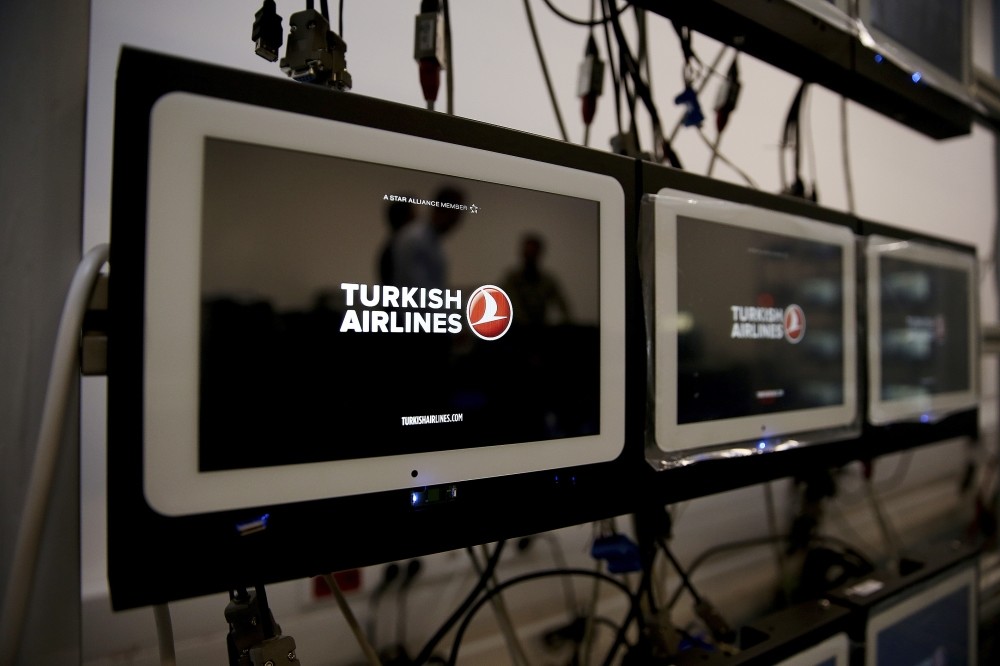 by Daily Sabah with AA May 02, 2017 12:00 am
Following the U.S. and UK's recently imposed restrictions on some electronic devices on flights from several countries with predominantly Muslim populations, Turkey's air defense and software company HAVELSAN and national flag carrier Turkish Airlines (THY) have started working for increasing capacity and capability related to inflight entertainment systems.

Indicating that following the electronics ban issued by the U.S. and UK, THY has demanded an increase in the capacity and capabilities of the inflight entertainment system developed by HAVELSAN and THY Technic, HAVELSAN General Manager Ahmet Hamdi Atalay said HAVELSAN has started demand-oriented software work of the product the company jointly produced with THY Technic.

Speaking to Anadolu Agency, Altay recalled the fact that the U.S. and U.K. forbade carrying of all electronic devices except mobile phones in flights from eight predominantly Muslim countries, including Turkey, saying THY is focusing on wireless and tablet-based entertainment systems.

Recalling that HAVELSAN has produced inflight entertainment systems for the THY fleet, Atalay said they delivered 900 tablets to be distributed to passengers to THY before the ban.

Indicating that, in terms of their system produced for THY, HAVELSAN systems were providing a considerable advantage in terms of price, customer needs and technology, Altay said, "We are looking for concept sales instead of selling products."

Stressing that THY had requested an increase in the capacity and capabilities of the wireless inflight entertainment tablets after the restriction came into effect, Altay said HAVELSAN has started demand-oriented software work together with its business partner THY Technic.

Underscoring that the demand for the wireless inflight entertainment system is high but the wired entertainment system will also be installed in the planes as passengers of long haul flights preferred larger screens, Altay emphasized that these developed systems were also the first of their kind in the whole of Turkish civil aviation.

Previously, THY CEO Bilal Ekşi announced that the airline will offer free Wi-Fi for passengers on U.S.-bound flights effective March 31, if they hand in their laptops and tablets.
RELATED TOPICS