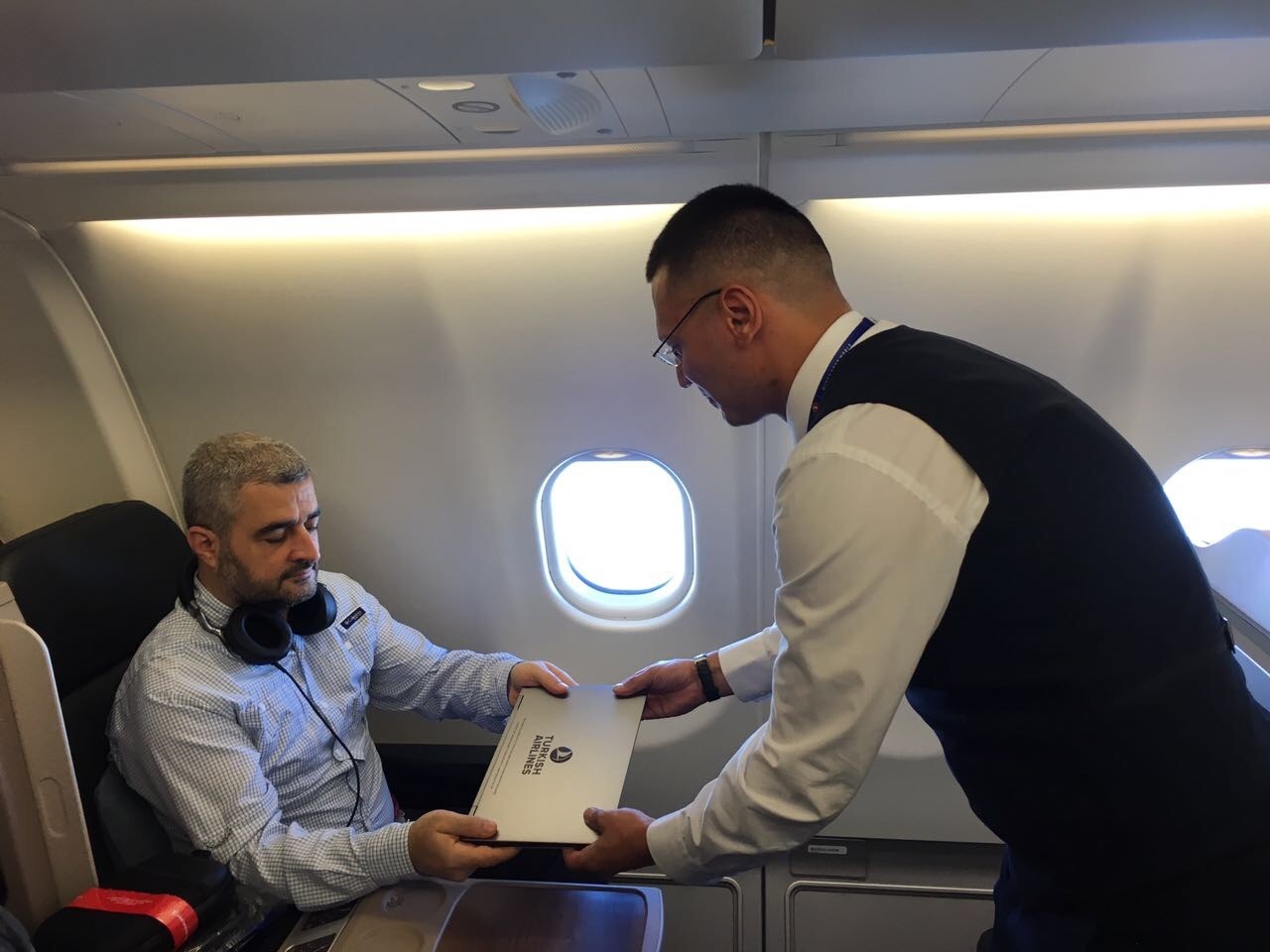 The number of Turkish Airlines passengers flying to New York increased 2.5 percent in April despite a ban preventing passengers from bringing large electronic devices into the cabin on flights from a number of Middle Eastern countries and Turkey to the United States, a company official has stated.

Cenk Öcal, the New York manager of the flagship carrier, said the number of passengers flying to New York reached 49 thousand in April, representing a 2.5 percent increase as the company overcame restrictions by offering free Wi-Fi services and laptops distributed to business-class passengers.

"The occupancy rate in Istanbul-New York line increased 2.5 percent in April. It is pleasing that we showed an increase despite the ban," Öcal said.

Turkish Airlines began distributing laptops with a touch-screen and a built-in security system to protect user privacy to its business-class passengers departing from Istanbul's Atatürk Airport to the U.S. on May 6.

Passengers can also copy their data to an external storage unit (USB drive) if they wish, and their personal work is automatically and completely deleted from the computer when turned off.

"The number of laptops that were taken from our passengers [before departure] and given back in New York has reached 126," Öcal added.

He also said other European airline companies were following Turkish Airlines' efforts to ensure their passengers are not unduly affected by the ban.

The U.S. and the United Kingdom recently banned electronic items larger than a mobile phone in aircraft cabins for flights coming from selected airports, including Istanbul Atatürk Airport.

The flagship carrier also began distributing laptops to passengers bound for the U.K. on Friday. In March, the airline began offering free Wi-Fi services on its U.S. flights.