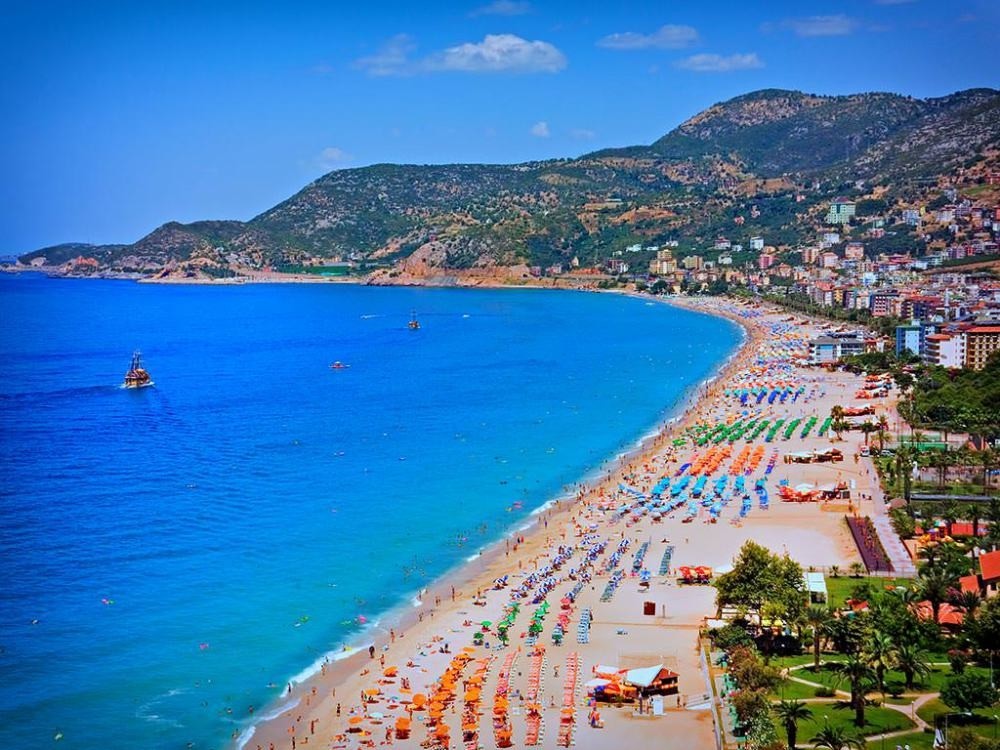 The Southern city of Antalya is a hot holiday destination that attract local and foreign tourists from all over the world.
by Betül Alakent
May 26, 2017 12:00 am

Highlighting new partnership opportunities, Tourism Platform 2017 announced the fourth phase of the Turkish tourism sector, requiring the mobilization of digital channels for the promotion of tourism

Deputy Minister Yayman said during his keynote speech that "Period 4.0 in tourism" will be further improved hand-in-hand with the Turkish people. Just as Turkey has commenced a "period 4.0" in the industry, the same initiative will also be applicable to an important sector that drives the economy.

"The tourism sector is not the job of the Ministry, hoteliers or the tour operators. The country is developing with the income obtained from it, so this sector is ours. I would like to thank Sabah newspaper, which has realized this platform by protecting this sector," Yayman said, stressing that the tourism industry has written a success story over the last 30 years, and that period 4.0 has now begun.

Sharing the key points of the new era of the sector, Yayman recalled that tourism mobility in Turkey, which can also be called 1.0, started with the incentives and support provided by Turgut Özal in 1985, while the period 2.0 was introduced by tour operators in the 1990s, during which the launch of charter flights and the realization of mass tourism brought great momentum to the sector."Period 3.0 began with the Justice and Development Party (AK Party) in 2002. There is no tourism without transportation. The AK Party undertook a renewal of the infrastructure of the tourism sector in particular. And, the number of tourists reached 40 million," Yayman said, noting that now a new phase has begun. Suggesting that cooperation between the public and private sectors will be further improved, Yayman said tourism, which is concentrated mostly in the regions of Antalya, Muğla and Istanbul, will be expanded countrywide. "We will be more effective in global promotion and we will use digital channels in a more powerful way. According to a global survey, 74 percent of people make their travel plans online. We will also strengthen this channel," he continued.

Time for quality in tourism

The threats and opportunities in the sector were discussed during the Turkish Tourism Version 2.0 panel, organized within the scope of the platform. Jolly Tours Chairman Mete Vardar, former Linkedin Turkey Director-Angel Investor Ali Rıza Babaoğlan, Turkish Hoteliers' Federation (TÜROFED) board member Burhan Sili, Sabah newspaper Writer Professor Dr. Kerem Alkin and Günaydın Editor-in-Chief Sinan Özedincik attended the panel moderated by Sabah newspaper writer, Dr. Şeref Oğuz. Stating that the problem of quantity in the sector has been solved and now it is time for quality, Dr. Şeref Oğuz said, "If we think about how to increase export income per kilogram in Turkey, we should also increase the income per tourist in tourism in the same way."Suggesting that the development in the sector could be achieved by further strengthening the domestic market, Mete Vardar stated that today, 7 million people are going on holiday in Turkey, adding that this number can easily go up to 20 million. Recalling that they have conducted several projects to increase this number as tour operators, Vardar said Turkish guests stay for 4.7 nights, and that in order to increase the number of nights, they launched numerous campaigns such as paying for seven nights for an eight-night accommodation.

"If the support given to the operators bringing tourists from abroad is provided to us, if the consumers are told that a holiday is not a luxury but a necessity, and if loans are given in this regard and campaigns are arranged, the number of domestic tourists can easily reach 30 million by 2023," he said.

TÜROFED board member Burhan Sili, on the other hand, made a presentation about trends, threats and opportunities in tourism. Sili said that every country in the world gives priority to the domestic market which constitutes the main element, adding that they have been working hard for the last three years to develop this market. "We want holiday periods to be differentiated among on a regional basis. School holidays in particular can be different. There are several examples of this. Thus, the intensity in the July-August period due to the domestic market spreads to four months," Sili added.

Prof. Dr. Kerem Alkin also pointed out that the all-inclusive service offered in Turkey should be changed. "All-inclusive services, while raising Turkish tourism, caused the perception of Turkey as a cheap country at the same time. Now, this mentality has to be eliminated," Alkin said.

Ali Riza Babaoğlan also highlighted that the course should be shifted towards the direction of global tourism, stating that the digital world has developed rapidly and taken the tourism sector by storm. "There is now a sharing economy. Someone with no investment in hotels can market their empty rooms and homes to the entire world with the system they set up. We also should install similar systems in local networks in order to increase productivity," Babaoğlan noted. Referring to the tourism potential in India, Sinan Özedincik said India has a population of 1.5 billion and 3,000 Indians organize their weddings abroad, spending an average of $40 billion annually. "They are tired of organizing weddings in the same places and they are now aiming for Turkey. With a stronger promotion campaign, we can get a serious share of the wedding market in the country."