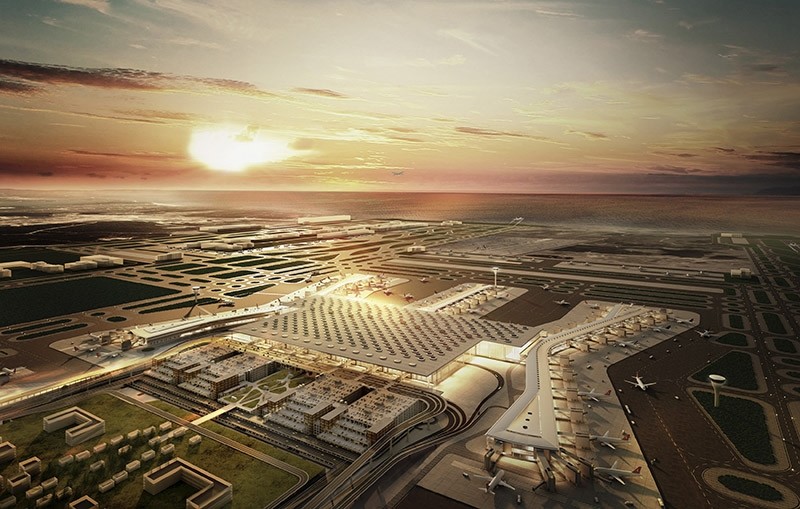 Istanbul's third airport, also known as Istanbul New Airport, is slated to serve some 200 million passengers and to offer flights to 350 destinations across the globe, Turkish Minister of Transport, Maritime and Communications Ahmet Arslan said Monday.

Speaking on the third anniversary of the airport's groundbreaking ceremony, Arslan stated that over the course of the past ten years, the number of active airports across Turkey had increased from 25 to 55, and the number of domestic and international passengers reached 180 million per year from 35 million.

According to the Turkish transportation minister, with the construction of its newest airport, Turkey will have a larger say in the world of aviation and air travel.

"We, along with the rest of the world, consider the third airport in Istanbul to be very important. With an airport serving 200 million passengers a year, we plan to increase the airport's number of destinations from 282 to 350 worldwide," Arslan said.

Arslan added that a €10 billion ($11.3 billion) investment was made with public-private cooperation in the airport area, and that the investment would bring a total of €22 billion in revenues.