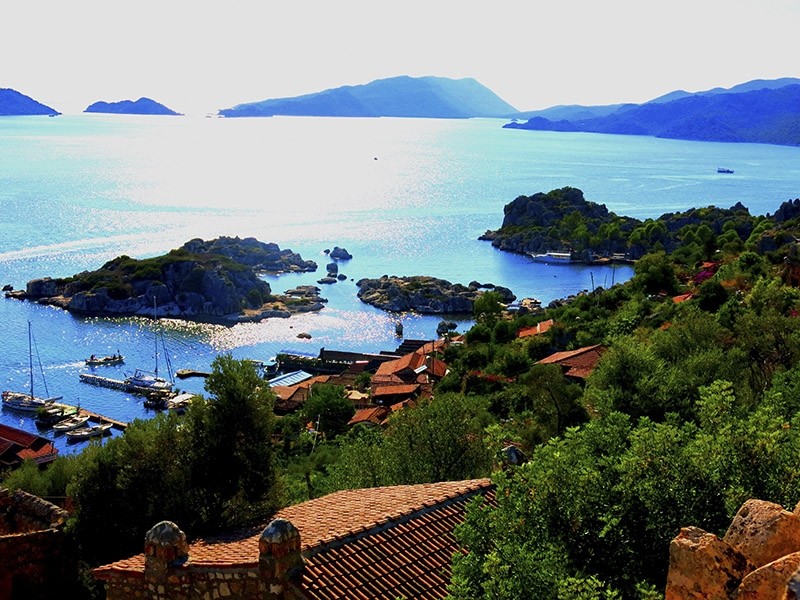 A town on Turkey's southwestern Mediterranean coast has received permission for the construction of an airport, which is expected to result in a boost in local and international visitors passing through the transport hub.

The seaside town of Kaş in Antalya province is already a tourist favorite, prized for its unspoiled nature, excellent diving, Hellenistic theaters, and nearby mountains for trekking and climbing. The town is especially popular among Russian, German, and British tourists. With the new airport, a larger volume of foreign visitors is expected to further enliven the local economy.

The Directorate General of Civil Aviation (SHGM) officially granted permission for the new airport, and the project will officially open for tenders once the Ministry of Transport, Maritime Affairs, and Communications gives its stamp of approval. The project will likely be carried out on the build-operate-transfer model, meaning that companies will bid to build and operate the airport before handing it over to the government.

According to discussions of undisclosed documents, two companies with experience in this area are ready to compete for the project tender. IC Holding cooperated with Germany's Fraport company to build Antalya Airport, while Limak built Istanbul's Sabiha Gökçen Airport and is currently constructing the third airport in Istanbul, known as Istanbul New Airport. The two companies had previously competed over Sabiha Gökçen Airport, with the tender going to Limak.

Turkish tourism was strained in 2016, partially as a result of political tension with Russia, but projects such as the Kaş airport and an increased focus on cruise ships are initiatives set to reverse that trend. Although overall tourist numbers and hotel occupancy rates are up from last year, the revenue from hotel rooms fell due to a drop in prices.

The chairman of the Association of Turkish Travel Agencies (TÜRSAB), Başaran Ulusoy, told Anadolu Agency that more must be done to address the country's relatively low revenues from tourism. Despite being number six on the world's most-visited countries list, Turkey ranks 12th in terms of tourist revenues.

The Kaş airport, planned to serve five million passengers per year and contribute $2 million to Antalya's economy, will reportedly be located close to Finike district, around 200 kilometers from the city of Antalya.