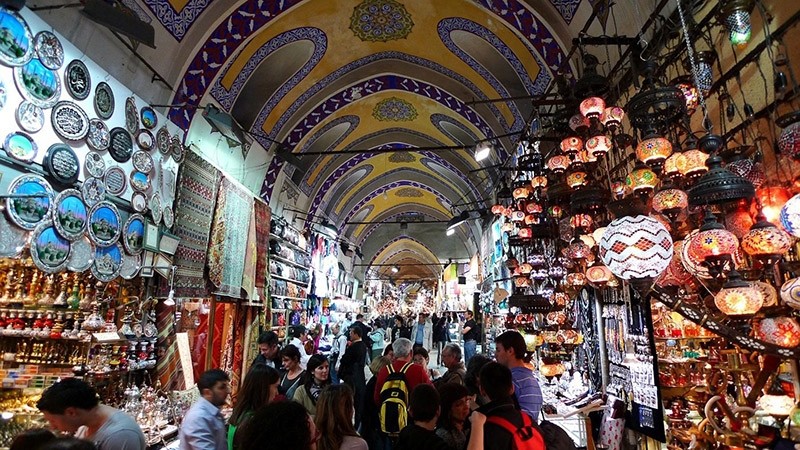 The 2017 Istanbul Shopping Fest will take place in Turkey's cultural capital from July 1-16, offering visitors the chance to journey from the city's modern malls to one of the oldest markets in the world, the Grand Bazaar.

In addition to showcasing the best in products and design that Istanbul has to offer, the fest also invites tourists to discover the city's rich culture and history.

Speaking at a meeting of the Istanbul Chamber of Commerce, chamber president İbrahim Çağlar said that the festival had become a global brand since it began in 2011.

Working hand in hand with companies and institutions across the city, this year's fest will also include art and design events highlighting Turkey's international success in those fields.

"Those coming to Istanbul don't just come for shopping – they also come to see Istanbul's culture and art. There will be different designers here, and they will enter various design competitions," Çağlar explained.

"Our events will take place across nine shopping malls. In total, there will be around 200 local and foreign designers, 15 artists and exhibitions, 150 workshops and discussions, and 30 music and dance performances on display," he said, adding that open-air events would take place in addition to in the malls.

Çağlar said that he was expecting an increase in attendance this year, especially as the festival was affected by the July 15 coup attempt in 2016.

Istanbul Metropolitan Municipality President Kadir Topbaş praised the festival's success, noting that, like Istanbul, the festival had worked hard to reach the position it deserved internationally.

"After its first edition in 2011, the International Shopping Festival has grown by over 20 percent every year. The trade volume in 2015 grew by 48 percent compared with the previous year. We believe in a really different result in 2017 to make up for what we lost [in 2016]," Topbaş stated.

Topbaş added that the further development of the rail network would allow the city to include the famed Orient Express train in the festivities.

Iteams such as jewelry, accessories, furniture, ceramics, graphic design, textiles, books, stationery, glass, lighting, and organic foods will be presented to visitors alongside the fashion designs.

One highlight of the festival will be meetings with artisans, workshops, guided tours, and exhibitions inside the Grand Bazaar, which with over 4,000 shops is the largest covered market in the world.