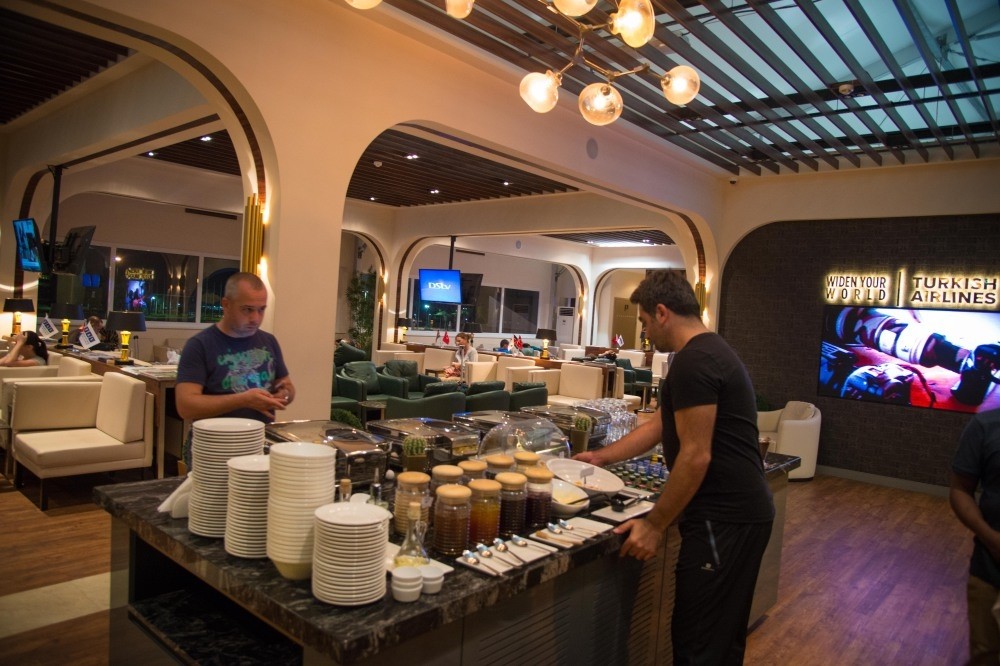 An exclusive Turkish Airlines lounge in the airport of the Kenyan capital city of Nairobi is a new step in the company's ambitions in Africa, attracting domestic and international passengers from around the world.

The lounge was inaugurated in July 2016 and is the second Turkish Airlines lounge located abroad after the Moscow lounge opened in 2014. Investing heavily in Africa, Turkey's national flagship carrier places emphasis on the future of the continent. Turkish Airlines has a record of flying to 51 different destinations in Africa.

Speaking to Daily Sabah about the reasons behind opening an exclusive lounge in Nairobi, Mehmet Aşık, the Kenya-based regional sales manager, said that the company has established 51 flight destinations in the wake of growing ties between Turkey and African states.

"Contributing to the development and discovery of the beauties of Africa and offering a quality service worthy of Turkish Airlines across Africa are our priorities," he said.

The 440-square-meter lounge offers a variety of ways to spend a quality time until the take-off. The passenger can enjoy Turkish meals as well as desserts or turn on a TV and watch anything they would like.

The Turkish Airlines official expressed the company's contentment over the feedback from passengers.

"We are quite pleased with popular interest in the lounge. We are receiving quite the positive feedback from not only our African passengers living here but also all our passengers coming to Kenya from different countries to discover the country's beauties and natural way of life," he said.

Figures seem to back up Aşık's assertion. Underscoring that nearly all passengers who visited the lounge praised the warm environment inside, the regional sales manager said that the lounge attracts 150 to 200 guests a day on average.

Apart from investing in Africa, Turkish Airlines has recently dominated the agenda with its aid campaign for the poor African country of Somalia. In mid-March, the hashtag #TurkishAirlinesHelpSomalia made it to the top trends on Twitter within hours and received support from famous figures, including Hollywood actor Ben Stiller and renowned Twitter figure Jerome, who advocated for individuals to take action and do something for the 20 million people in Somalia and its neighboring countries that are on the brink of a humanitarian catastrophe.

A Turkish Airlines cargo plane carrying over 60 tons of food aid and medical supplies arrived in Mogadishu the following month, in a bid to provide aid to the impoverished Somalis.