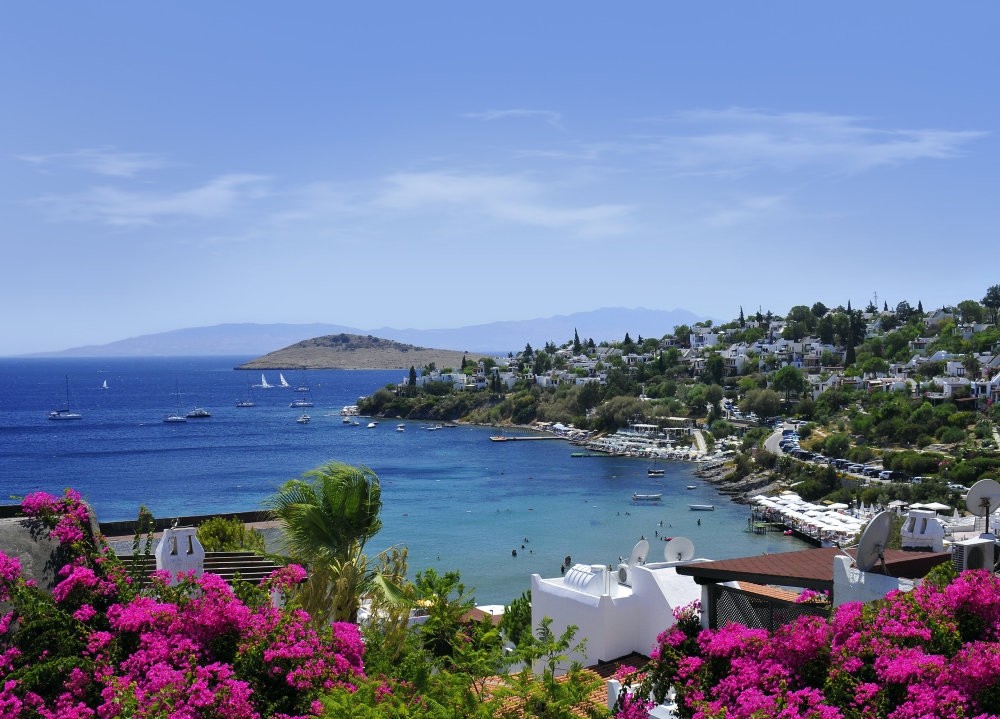 After coming out intact from the magnitude 6.5 earthquake, Bodrum has survived its first major temblor in recent history. With the district's occupancy rate at over 90 percent, tourism representatives said Bodrum passed a big test and tourism is still going strong.

The magnitude 6.5 earthquake on July 21 has had no effect on the region's tourism. Despite some slight aftershocks, the flow of local and foreign tourists to the area remains steady.

Tourism representatives said 10 percent of the local tourists have vacated the hotels due to the shock and fear of the earthquake, but the foreign tourists have stayed. Noting that the hotel occupancy rate in the district is at over 90 percent, sector representatives indicated that bookings have continued at top speed. Sector players in the district, in which the beaches are swarming with tourists, said: "All hell broke loose in Bodrum, but the district did not suffer any damage. The city passed a big test during the earthquake."

"The average occupancy rate of the hotels is currently 90 percent, meeting the predicted numbers for this season," Bodrum Hoteliers Association (BODER) Chairman Halil Özyurt said. Recognizing that a magnitude 6.5 earthquake could have had a devastating effect, Özyurt expressed his condolences to Greece for the destruction on the island of Kos.

"Bodrum survived the earthquake without any damage thanks to its facilities being in compliance with zoning regulations," Özyurt said, noting that the district passed a serious test in the earthquake. Pointing out that there is intense interest in the region from Russia, Ukraine, the Commonwealth of Independent States (CIS) countries, Turkey and Israel, and that the number of visitors is steadily increasing compared to those of previous years, Özyurt said: "There has been a decline in European interest due to the slander campaign being carried out. But European tourists now understand that Bodrum is soundly built. This is a real plus in their eyes. If the anti-Turk campaign is over, we will catch an upward trend there as well."

Jolly Tour Domestic Tourism manager Tarık Öztürk said they suffered a loss of 15 percent on the day after the quake but recovered immediately. "After the earthquake, the hotels were mobilized to calm down the guests. Turkish hotels once again proved their service quality," he said.

Orhan Karadereli, chairman of the Karedereli Group, the owner of Bodrum Mio Bianco and Mio Mare hotels, said the shock dissipated after a couple of days and the hotels were at 100 percent capacity. Stating that some tourists came from Kos Island to Bodrum after the earthquake, Karadereli said: "There were people who wanted to stay in our hotel, but couldn't get a reservation since we were already full."

Bodrum Nikki Beach sales director Gözde Kaya also confirmed that they did not receive any cancellations after the quake, stressing that the booking flow continues at the same pace.

Dağlarca Çağlar, manager of the Bodrum Swissotel, said Bodrum was in chaos at the time, but the district did not suffer any damage. Underlining that this situation painted Bodrum in a positive light for European tourists, he said Bodrum has proven itself to be one of the safest places in Turkey.