Qatar to waive visas for 80 nationalities amid Gulf blockade 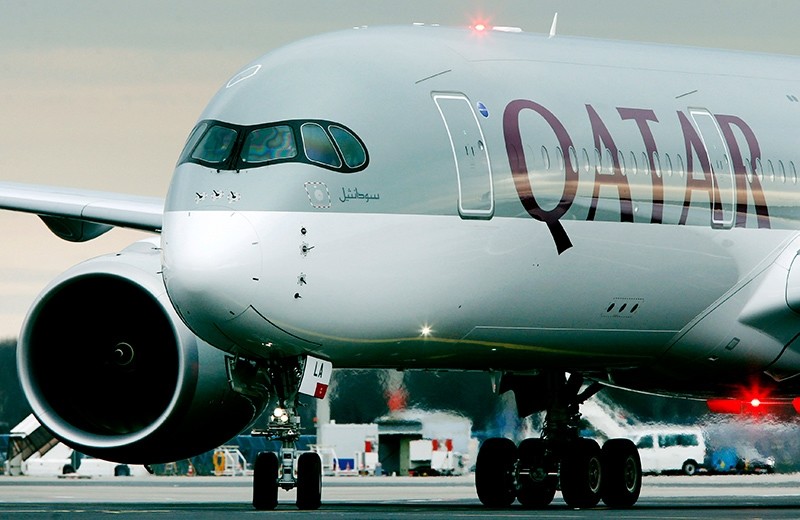 Qatar, isolated by its neighbors in a diplomatic crisis, announced Wednesday a visa-free entry programme for 80 nationalities to stimulate air transport and tourism.

"The visa exemption scheme will make Qatar the most open country in the region," tourism department official Hassan al-Ibrahim told a press conference in Doha.

Interior ministry official Mohamed Rashed al-Mazroui said the nationals of 80 countries would only need to present a valid passport for entry to the energy-rich Gulf state which is to host football's 2022 World Cup.

The 80 countries were not named and neither was the date from which the visa-free programme will take effect, but Qatari newspapers said it would apply mainly to Western and some other nationals, including the U.K., the U.S., Canada, India, South Africa, Seychelles, Australia and New Zealand.

Citizens of those countries wishing to visit Qatar will not need to apply or pay for a visa; instead, a multi-entry waiver will be issued free-of-charge at the port of entry, upon presentation of a valid passport with a minimum validity of six months and a confirmed onward or return ticket. Depending on the nationality of the visitor, the waiver will either be valid for 180 days, and allow the visitor to spend a total of 90 days in Qatar (multiple-entry); or it will be valid for 30 days and entitle the visitor to spend up to 30 days in Qatar (multiple-entry) with the possibility of applying for an extension of the waiver for an additional 30 days.

Nationals of 33 countries will be authorized to stay for 180 days and the other 47 for up to 30 days, periods which are renewable a single time.

Mazroui said the countries were selected on the basis of security and economic considerations, or for the buying-power of their nationals.

Qatar Airways chief Akbar al-Baker said his carrier, which this year plans to extend its network to 62 new destinations, would be a primary beneficiary.

In November 2016, Qatar introduced a free transit visa, which allows passengers of all nationalities transiting in Qatar for a minimum of five hours to stay in Qatar for up to 96 hours (four days). In May 2017, QTA and Qatar Airways launched +Qatar, a package which includes a free night's stay in a 5- or 4- star hotel in Doha, alongside a complimentary transit visa.

Regional kingpin Saudi Arabia as well as Bahrain, the United Arab Emirates and Egypt have since June 5 imposed a boycott on Qatar, accusing the emirate of fostering "terrorist" groups and of close ties to Iran.

Doha has denied the allegations.

The four Gulf nations have closed their land and sea borders to Qatar and imposed economic and air traffic restrictions.

On August 3, Qatar created a new permanent residents status for certain groups of foreigners, including those who have worked for the benefit of the emirate, a first for the Gulf.

Under the new rules, children with a Qatari mother and a foreign father can benefit from the new status, along with foreign residents who have "given service to Qatar" or have "skills that can benefit the country".

Those deemed eligible for the new status will be afforded the same access as Qataris to free public services, such as health and education.

Qatar has a population of 2.4 million people, 90 percent of whom are foreigners, including many from south Asia working in construction.