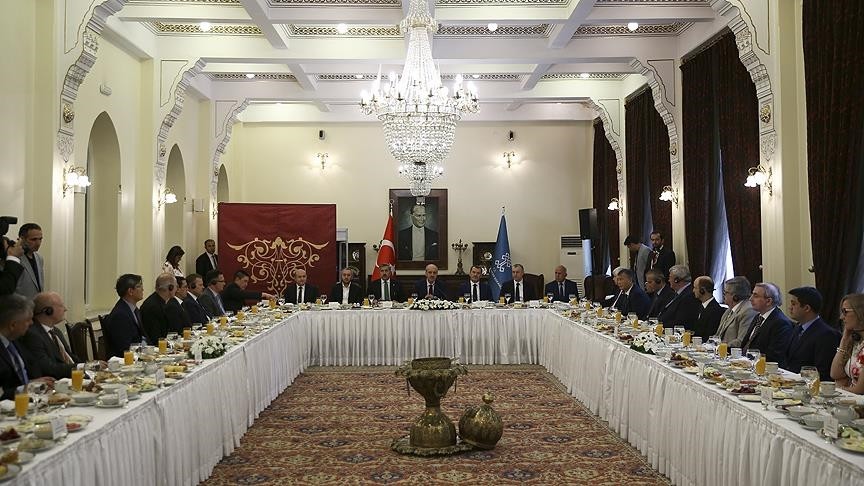 Turkey will be the European regional candidate for upcoming elections to the leadership of the U.N.'s tourism body, Culture and Tourism Minister Numan Kurtulmuş announced Wednesday.

Kurtulmuş held a meeting in Ankara with the U.N. World Tourism Organization (UNWTO) European ambassadors and representatives to announce Turkey's nomination to represent the region.

Elections to the UNWTO's 22nd Executive Council could see Turkey take a leading role between 2018 and 2021.

Kurtulmuş pointed to Turkey's rich cultural heritage both before and after the Islamic period, emphasizing how Turkish territories were among the world's first settlements.

"For this reason, we believe that Turkey's cultural richness and diversity and its being one of the most popular tourism destinations will contribute to world peace," Kurtulmuş said.

Kurtulmuş said that Turkey's tourism policies overlapped with those of the UNWTO, and added: "In this context, I would like to announce Turkey's nomination for the European Region during [UNWTO] meetings to be held in China on Sept. 10-16."

"This membership is important for us because Turkey is going to contribute to both the U.N. World Tourism Organization and regional peace through the membership of the executive council," Kurtulmuş said.