Chinese tourists to triple next year as flight frequencies increase 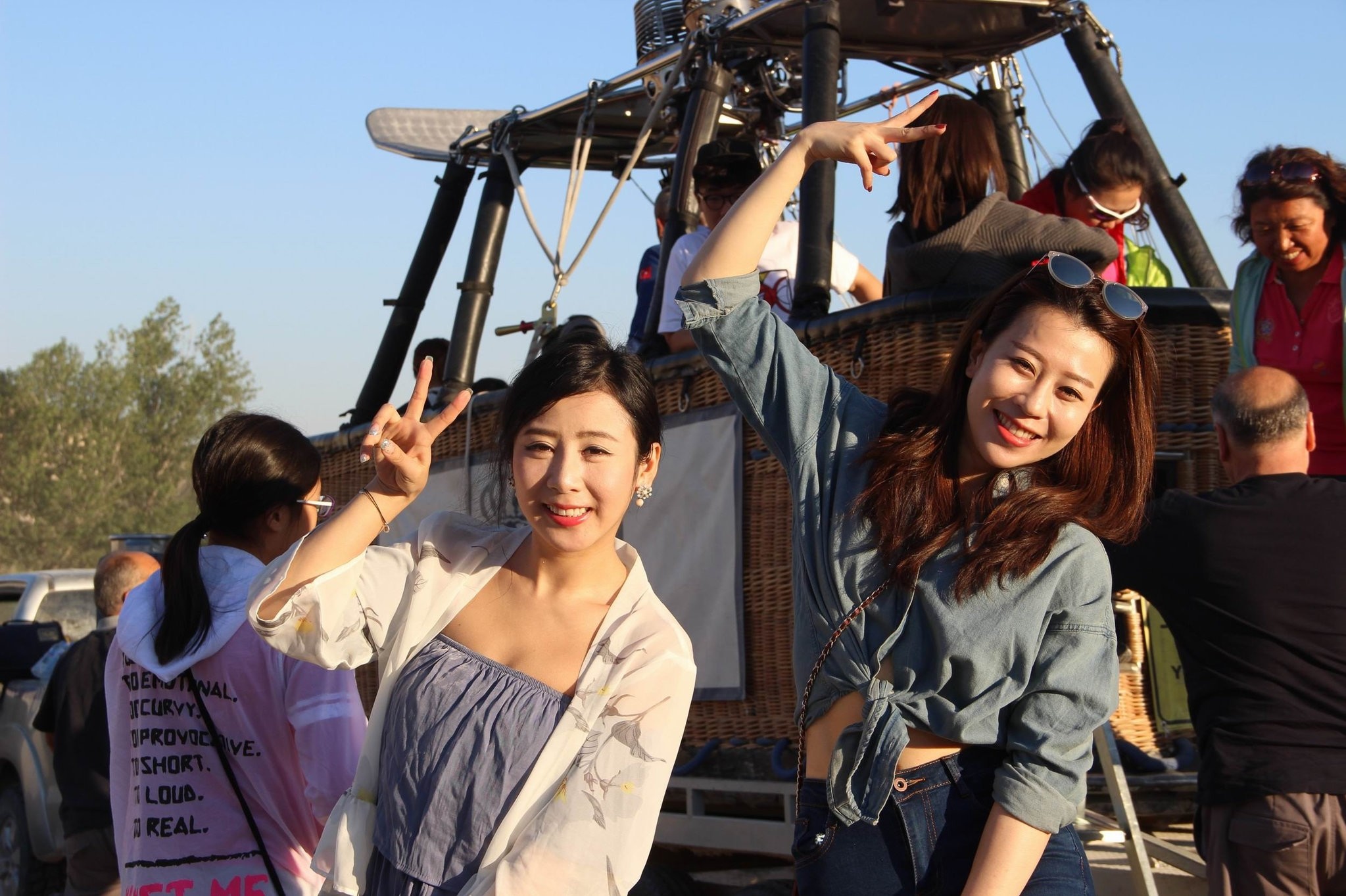 The increasing cooperation between Turkey and China aims to unleash the tourism potential in both countries, who are looking to resolve obstacles to boost bilateral tourism, transportation, by increasing flight frequencies and adding new airlines

As political ties between Turkey and China become more invigorated, the increasing economic trade between Turkey and China is being reflected in the tourism sector. Turkey is expecting to host a record number of tourists from China within the scope of the 2018 Turkey Tourism Year in the country and, according to sector representatives, the number of Chinese visitors will be doubled or even tripled next year, if the transportation problem is resolved with increased flight frequencies.

Declaring 2018 as the year of Turkish tourism, China has started to take steps toward the goals of the year, as the country plans to resolve the transportation problem - one of the greatest obstacles hindering the potential for bilateral tourism. To that end, China has issued a flight permit to the Turkish airline company Onur Air. As of January 2018, Onur Air will regularly fly from Changchun with four scheduled flights per week. The airline aims to serve 100,000 passengers.

Moreover, it was reported that Turkey's flagship carrier Turkish Airliners (THY), which currently offers 21 regular flights per week, has petitioned a request to increase its frequency.

As a result of the increasing convenience in transportation, the number of tourists visiting Turkey from China in 2018 is expected to stand between 300,000 and 500,000. Around 167,000 Chinese visitors came to Turkey in 2016 - a figure that is anticipated to be reached this year, as well.

Recalling that President Recep Tayyip Erdoğan and his Chinese counterpart Xi Jinping have been negotiating for some time in order to unleash the tourism potential between Turkey and China, Turkish Ministry of Culture and Tourism General Director for Promotion Ahmet Temurci said, "These negotiations have proven fruitful and we aim to at least double the number of Chinese tourists traveling to Turkey."

Announcing that in the second week of September, a workshop on Chinese tourism will be held in Turkey, Temurci also noted that a big promotion campaign will be organized in China with the inclusion of sector representatives.

Onur Air General Manager Teoman Tosun also said the Turkish airline secured a flight permit from China in 2016, but has since postponed flights due to China's decision not to got to Turkey last year. He also affirmed that the company has launched campaign plans for the Chinese market as the country declared 2018 as the year of Turkey tourism.

The chairman of Dorak Holding - one of the largest tour operators bringing Chinese tourists to Turkey - Ahmet Serdar Körükçü stated that Chinese tourists are greatly interested in Turkey, but the tourism agencies that offer Turkey tours have difficulty in finding flights to the country.

He said THY is worried about selling all of their seats, therefore offering connecting flights to Europe, which makes it difficult for agencies to find available seats on flights. Stating that the holding has discussed the issue with THY, Körükçü noted that they requested a quota increase for Turkey and the airline has started to work on meeting this demand.

THY has daily flights from three cities, namely, the capital city of Beijing, the economy and financial center Shanghai, and Guangzhou in southern China, to Istanbul.

In case the flight problem is settled, Körükçü highlighted, 300,000 to 500,000 Chinese tourists will visit Turkey in 2018 and when THY increases its flight frequency, the number of Chinese visitors is likely to reach 1 million in 2020.

More than 100 million people traveled abroad last year from China, the world's largest global tourism market. According to a study conducted by C-trip, the largest tour company in the country, the Chinese ranked first on the list of tourists who spent the most, spending $261 billion worldwide last year.

About 21 percent of the world's tourism expenditures are made by the Chinese, while the number of tourists who go abroad from this country increased by more than 10 percent every year in the last 12 years.

Chinese visitors are mainly interested in cultural tourism and preferred sightseeing and educational activities rather than sea, sand and sun. However, Chinese tourists are also known to shop in Turkey, and also prefer cultural tours. The most popular Turkish destinations for Chinese tourists tend to be Istanbul, Cappadocia, the Aegean Sea region and the historical sites of Aspendos and Perga in southern Turkey's Antalya province.